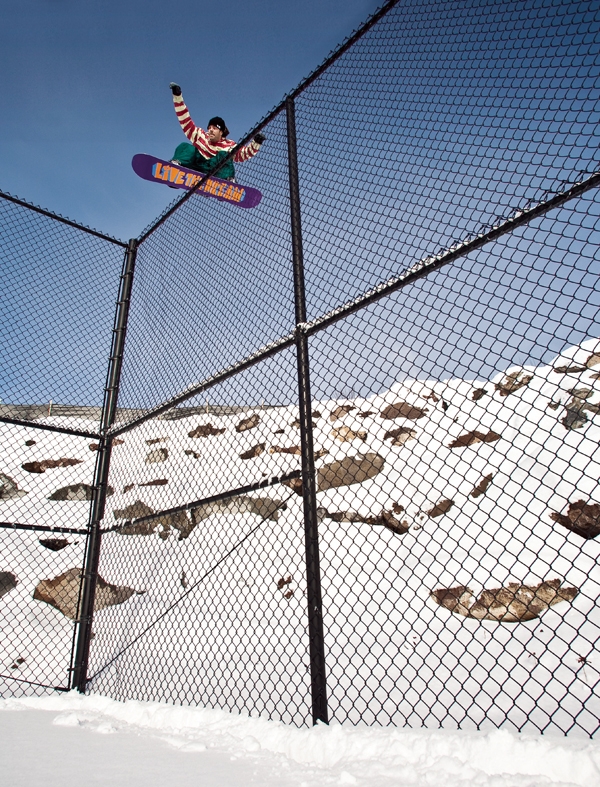 In the winter of 2008 Jeremy Jones showed me this gap into this baseball field and it was just about the biggest thing I’d ever seen at the time. The snow was never right to make it happen that season, but last year we had tons of snow early and to be quite honest, I was really surprised he wanted to hit something this large during the onset of winter.

I had a side-angle on this that shows the distance, but it ran really small in a national magazine and was probably overlooked. I like this head-on shot as a secondary angle because it shows the height of having to get over this fence. –Andy Wright.