Two Norse gods were in Salt Lake City on the night of November 9, 2013. One was Urrl, the god of snow, at the Urrl Ball Save Our Canyons Benefit party and the other, a movie featuring some boring gentleman with a hammer. The idea of the benefit was to pray for snow; the purpose of the event was to protect the beauty and wildness of the Wasatch canyons, mountains and foothills.

Praying For Snow at the ULLR Ball, Sponsored by Voile @ The Garage 11.09 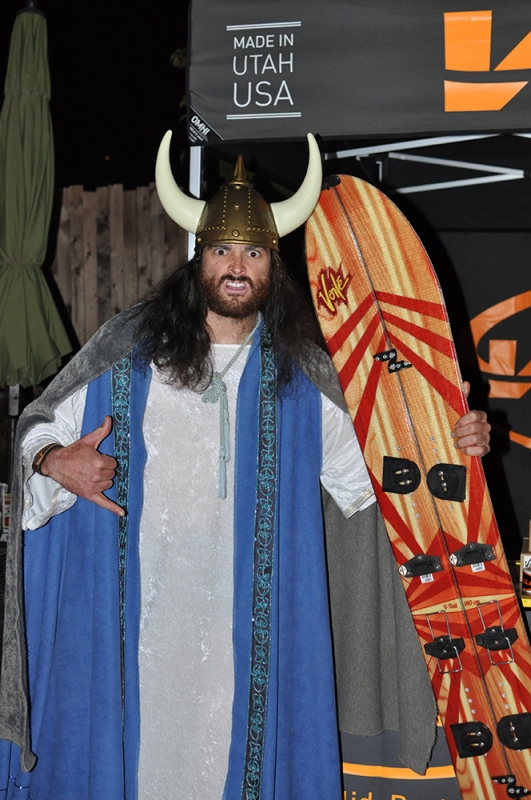 Duud, the Norse god of parties. Photo courtesy of Save Our Canyons

Two Norse gods were in Salt Lake City on the night of November 9, 2013. One was Urrl, the god of snow, at the Urrl Ball Save Our Canyons Benefit party and the other, a movie featuring some boring gentleman with a hammer. The Garage on Beck hosted the benefit and SLUG was completely honored (way stoked) to be invited. The price of a ticket was $25 if you purchased early and $30 the day of the event. The idea of the benefit was to pray for snow; the purpose of the event was to protect the beauty and wildness of the Wasatch canyons, mountains and foothills.

The Citizens Committee to Save Our Canyons is a non-profit organization that has been around since 1972. Save Our Canyons depends on the support of individual members, local businesses and volunteers, so events such as these are important, but also a good way to network with people and get involved. If you missed the ball but still enjoy the serenity of getting lost in the outdoors, I suggest supporting this organization.

Many means of enjoying adventure and serenity were in attendance on that evening. Beer was on behalf of Uinta Brewing. They happen to brew an Anniversary Barley Wine Ale that is a lovely bit of indulgence that this writer enjoys. The 10.4 % ABV says more about me than it should; however, after one, I simply don’t care. I am the son of a brewer and spent my childhood in Germany—I exist as such.

Voile (pronounced vo-lay), was also there in attendance, as they sponsored the event. Voile is one of Utah’s own, and manufactures innovative backcountry wonders like the Splitboard. The Voile Artisan Splitboard is one of the most beautiful things I’ve ever seen, and for powder and packed snow it has a splash of amazingness added in too. Apparently, you’ve been able to walk uphill in powder since 1991. Voile made snowshoes you can actually snowboard in. The means of this James Bond–ish gadget requires the snowboard to be unlatched in half with a 90-degree binding turn and then fitted with climbing skins and, voila, you’re ready. That process allows you to walk uphill, called touring, and the opposite of that would be to reassemble and snowboard down. Seeing this blows your mind, so here’s an educational film for further reference.

Triggers and Slips played some bluegrass-rock in their wonderfully unique way, and David Williams strummed incredibly adorable acoustic songs in favor of the environment. Both were impressive in the cheers they produced, and the Garage’s patio with a fire pit really set the environment off. Music flowed through conversations and the atmosphere was perfect for a ball. The benefit became a surging energy that evening and everyone was enjoying themselves.

In all the commotion I almost forgot the very reason SLUG was invited. I still hadn’t prayed for snow. So I hurried to a nice, quiet place and quickly prayed this very prayer:

“Oh Norse god of snow,
Sweet, precious god of snow and all things wintry,
Please, dear god,
Could you just …
Make it snow, so we all can hit the frickin’ slopes!
Amen.”

I walk out to my snow-covered car and realize I hadn’t purchased a snow scraper yet. Then it dawns on me: It’s snowing! Mission accomplished. I should pray more often.