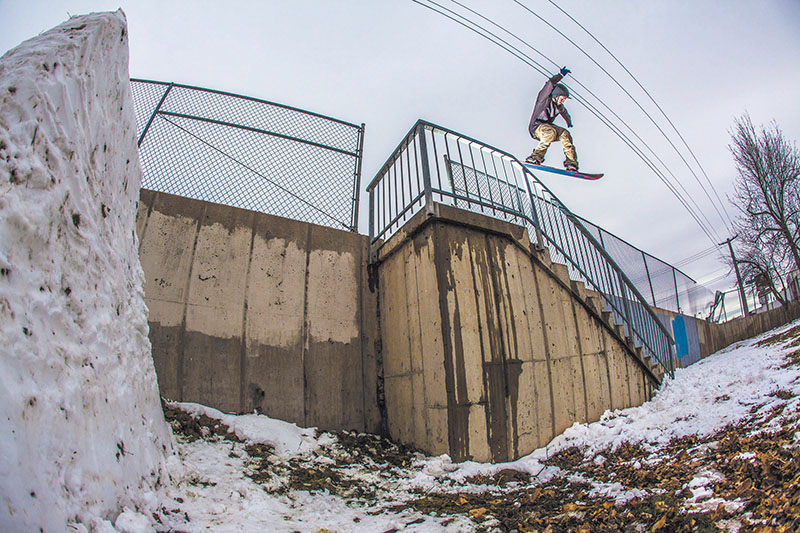 Ogden is known as Rail Town, and not just for the overabundance of metal bars lining staircases on its streets. Up until the mid 1900s, it was a major railway hub, as it was the intersection point of two major East-West and North-South train routes. People who grew up in Ogden back then did so with rails playing a major part of their lives. Alex Andrews is from Ogden, and you can probably see where this is going … But seriously, no one knows the best snowboarding spots better than this Weber County original. I’ve spent many hours, days and weeks scouring the boulevards and alleyways of Utah’s so-called crime capital, but spots like these are rarely discovered without Alex leading the search party. Every time I think the mine has gone dry, he pulls out one more diamond.