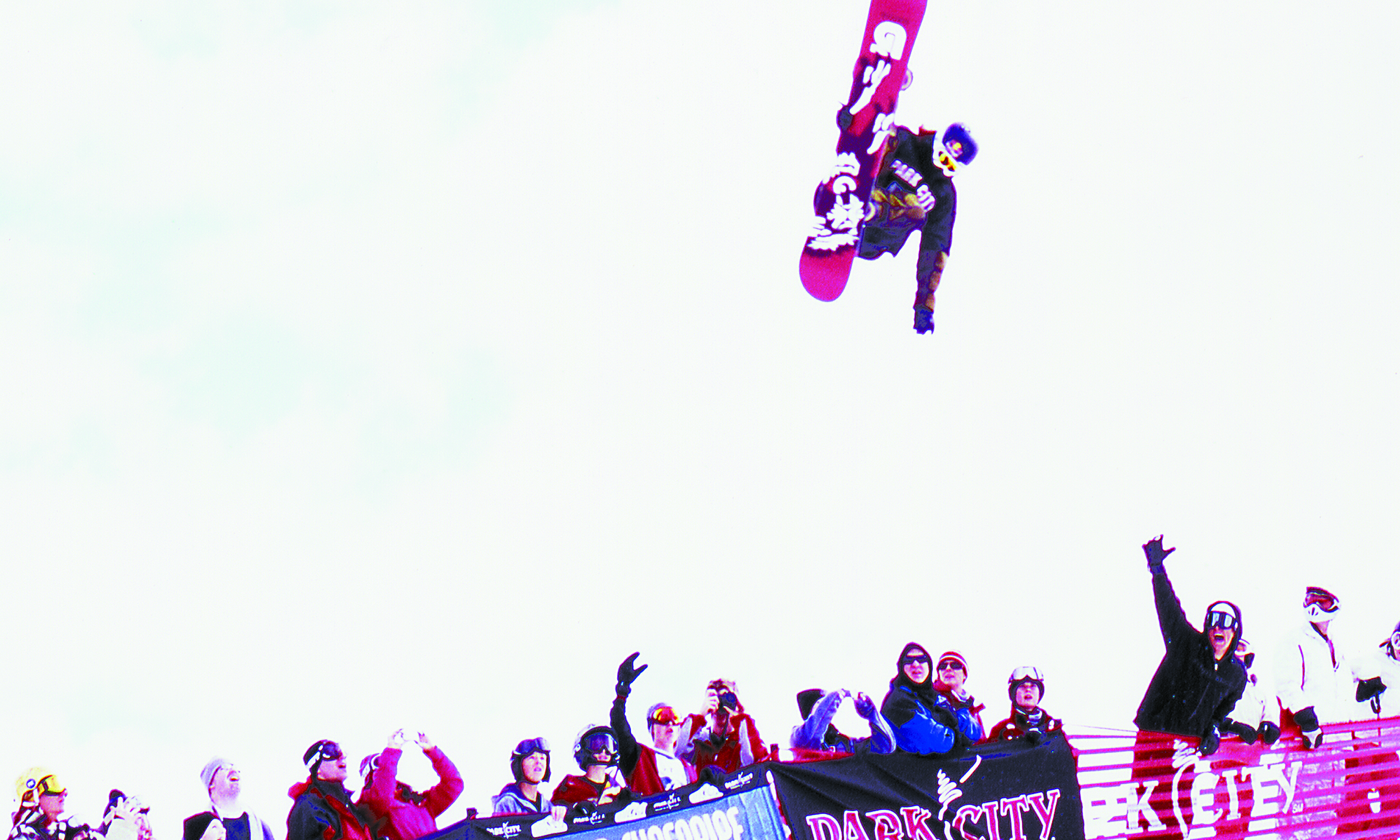 The 5th Annual World Superpipe Championships was held in Park City, Utah. The comp allowed riders to show off their individual style and skill in a best of three run set up. The pipe was 22ft deep and around 500ft long. It was a perfectly cut tranny and super steep, giving riders tons of speed for massive airs. With a prize purse of $90,000 this was a definite go big or go home broke event. I showed up late catching the last few runs of the women’s heat while enjoying the breakfast of champions (Red Bull vodka and a Heineken). Damn, those girls were killing it. Torah Bright charged her way into the first place spot and a $15,000 prize, throwing down a huge frontside 5, backside 5 and cab 7 in her run. I was blown away by the level that woman’s snowboarding has climbed to. Soko Yamaoka griped on to the second place spot beating out Kelly Clark by only one point. Soko cashed in with $8000 in prize money while Kelly fattened up her pocket book with a $4000 3rd place prize.

When the women’s heat ended the pipe crew salted the lips of the pipe, and groomed the flat bottom before the men started their warm up session. The men weren’t holding back during warm up, riders were training wicked lines down the pipe making the warm up seem sicker then the comp. At any one time there were three or four guys all boosting out of the pipe, some getting at least double overhead high. It was a rush watching them land within inches of where I was standing. One rider took a rough hit under rotating a back 7, bouncing off the deck and smacking his face in the flat bottom. Later I saw him hiking the pipe with a bloody face and huge smile. These dudes are raw.

When the warm up session ended energy was high, the crowd was super pumped and the riders started really throwing down some gnarly shit. Screams roared through the crowd while big guns like Luke Mitrani and Keir Dillon stomped some astonishing tricks. Everything was being tossed into the mix, invert 9s, back to back 1080s, crazy Mc-twist variations, Haakon flips, Alley Oop Michaelchuck 540s, crazy tricks I didn’t even recognize. It was a massacre of trickery. Everyone was going insane on what these riders were throwing down.

Personally, I can’t deny that riders who keep it simple and steezy always get my vote for the dopest tricks. My favorite goes out to a homie I didn’t recognize. He flew out of the pipe with a huge melon fakie, easily soaring 12-15ft high. Nothing like a straight air to keep you in check on how fast and big you’re actually going.

I’ll give you one guess at who snatched up the $15000 first place spot. Shaun White. Some may think he’s a crazy flying contest circus monkey, but he rips, lands everything smooth, consistently and goes bigger then everyone else. It was no surprise seeing him stand at the first place podium. 2nd place and $8000 went to Danny Davis while Mason Aguirre got the $4000 prize for 3rd.

It was a spectacular day on the pipe. All the riders killed it, firing off a barrage of amazing tricks. Some good slams went down and nobody got seriously injured. The crowd was bursting with energy, everyone had a spectacular time. Before catching my ride back to the city I stopped by the Red Bull tent for a quick afternoon snack, vodka and beer anyone?