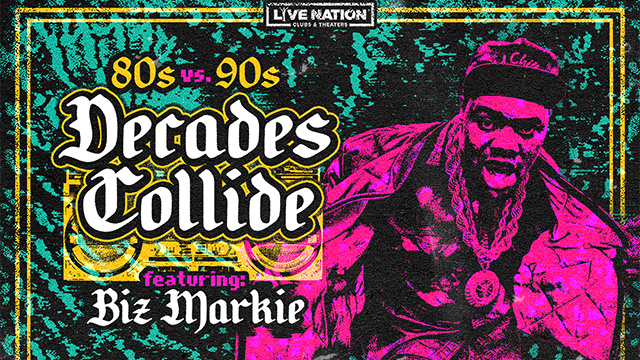 The legendary Biz Markie brings more than 30 years of solid hip-hop acumen and an overwhelming fan-base that stretches from New York City to Japan to Europe. At the age of 14, Marcel Hall dazzled his neighborhood under the alias of Biz Markie. His music scene debut began in 1985 as a beat box for Roxanne Shante of the Juice Crew. From then Biz began constructing his own destiny in the mystifying world of rap and hip-hop. Now 30 years older and immensely wiser, Biz continues to be universally praised by the ever-fickle and unforgiving hip-hop industry. No easy feat to accomplish, Biz is the definition of longevity and has managed to remain one of the most notable artists and DJs in the industry.