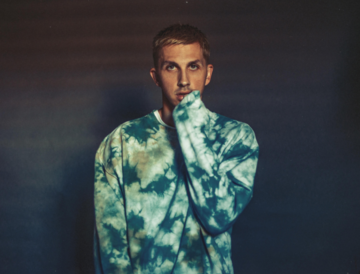 A dynamic, wide ranging style combined with raw emotion and lyricism has been catapulting Ekoh up the ranks across music genres.

Though writing and producing for years, the Las Vegas emcee, singer, songwriter would find success with the release of his 2017 “Along The Way” album. Song themes sprawling from his struggles with mental health and sobriety, to his affinity for pop culture, storytelling, and hip hop would spawn a dedicated loyal fanbase who dubbed the music and their community created as “Heart Hop”; a sub-genre best described as a lyrically grounded & authentic reconstruction of the modern music landscape. Whether spilling his soul over stripped down acoustics, flexing over aggressive beats, or rapping about nerd culture, Ekoh’s style offers something for everyone.

Ekoh’s 2020 album release “The De2our” debuted in the top 10 on the itunes charts independently. A consistent release schedule, strong identity, & genuine connection with his fans has grown Ekoh to over 850,000 monthly listeners on Spotify, and 400,000 followers across platforms. Ready to jump back on the momentum created by his rigorous 2019 tour schedule, and currently releasing singles building towards his 2021 “D3tour” album, Ekoh has no plans of stopping, and the numbers show that his rise has just begun.