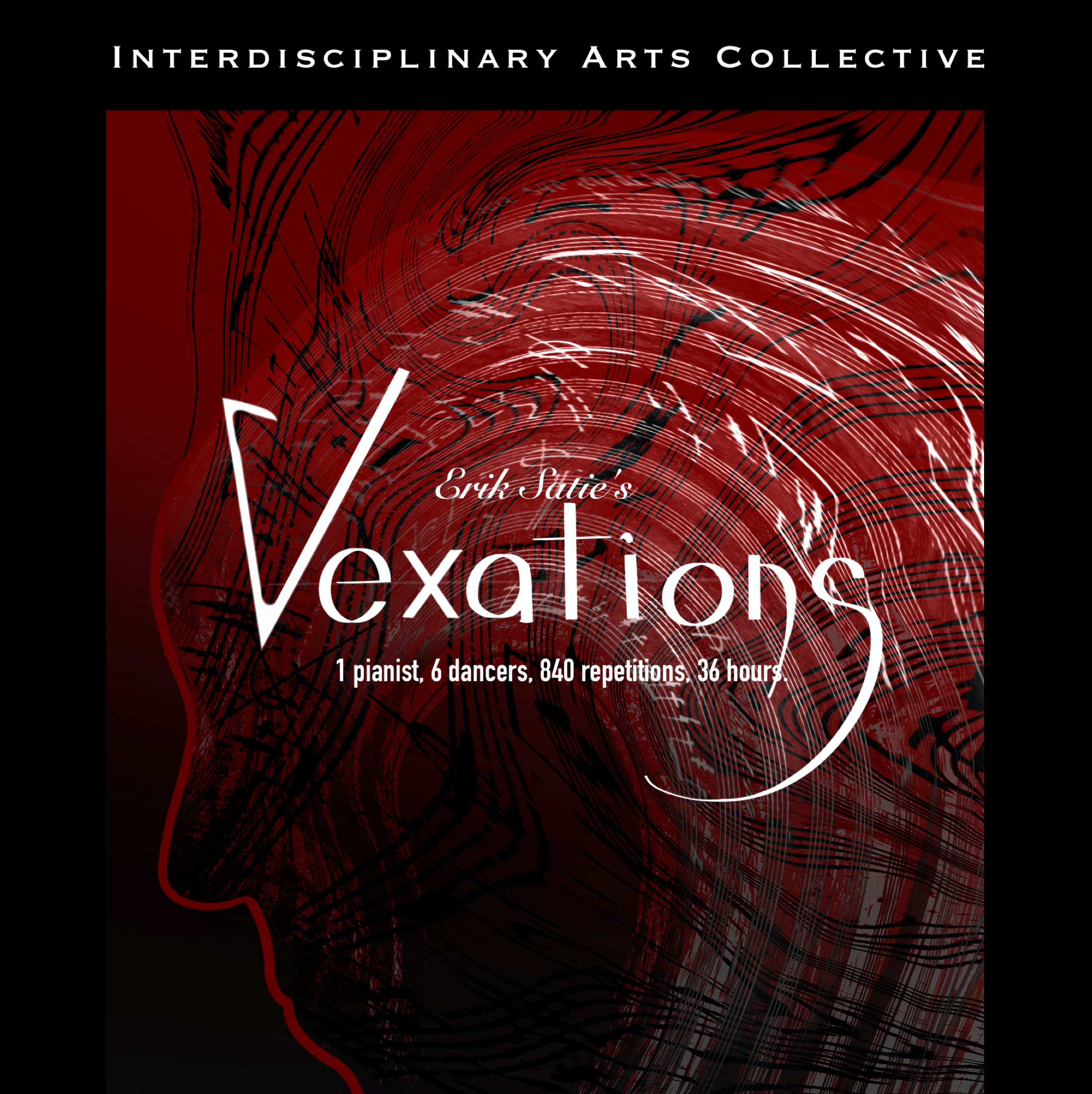 Interdisciplinary Arts Collective presents Erik Satie’s “Vexations” – 1 pianist, 6 dancers, 840 repetitions, 36 hours.
–
“In order to play the theme 840 times in succession, it would be advisable to prepare oneself beforehand, and in the deepest silence, by serious immobilities.” – Erik Satie

Prior to 1963, Erik Satie’s “Vexations” was a relatively obscure piece of 19th-century piano music. But John Cage reimagined this work and its possibilities when he chose to take Satie’s instructions literally. His original 18-hour performance became a cultural touchstone for pianists, inspiring performances of greater and greater duration. The longest recorded concert lasted 35 hours in Paris in 2012.

In a unique collaboration between sound and movement, Interdisciplinary Arts Collective musician Aaron Smith will be performing “Vexations” alongside 6 dancers in a 36-hour concert, accompanied by visual art by Dani Mendez. Beginning the morning of Friday, August 13th and continuing non-stop until the evening of August 14th, the performance is open for audience members to come and go as they please. We invite listeners to join us for 10 minutes, an hour, or 36 as we explore the mutability of time, the explosive potential of stillness, and the consequences of sustained effort alone and in partnership.
–
August 13th, 8AM – August 14th, 8PM
859 S 800 E, Salt Lake City, UT 84105
interdisciplinaryartscollective.com
$5 suggested donation at the door
– a livestream of the performance will also be available –