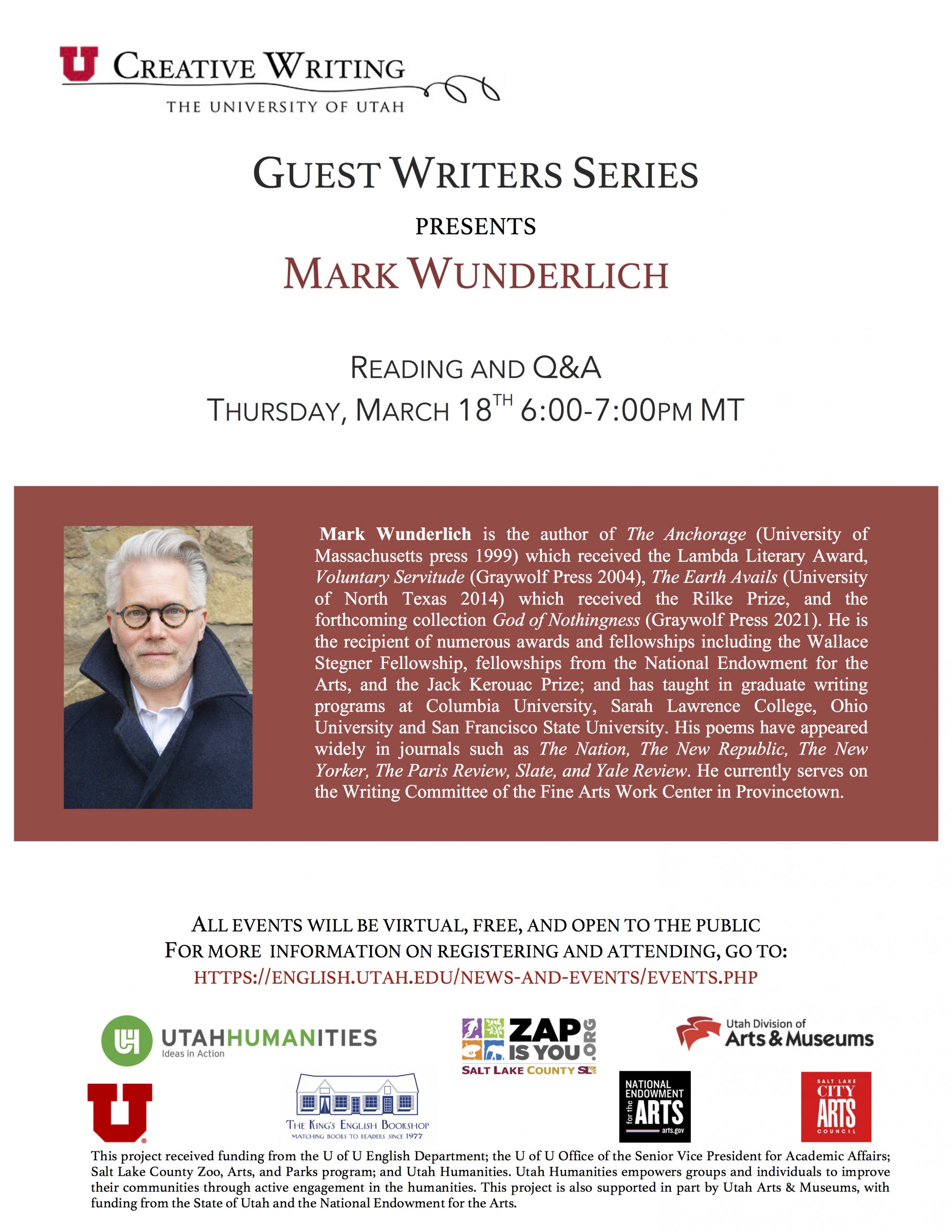 Join the University of Utah Creative Writing Program on Thursday, March 18th at 6:00PM MT on Zoom Webinar as we host author Mark Wunderlich. Q&A to follow. All Guest Writers Series events are free and open to the public.

Mark Wunderlich is the author of The Anchorage (University of Massachusetts press 1999) which received the Lambda Literary Award, Voluntary Servitude (Graywolf Press 2004), The Earth Avails (University of North Texas 2014) which received the Rilke Prize, and the forthcoming collection God of Nothingness (Graywolf Press 2021). He is the recipient numerous awards and fellowships including the Wallace Stegner Fellowship, fellowships from the National Endowment for the Arts, and the Jack Kerouac Prize; and has taught in graduate writing programs at Columbia University, Sarah Lawrence College, Ohio University and San Francisco State University. His poems have appeared widely in journals such as The Nation, The New Republic, The New Yorker, The Paris Review, Slate, and Yale Review. He currently serves on the Writing Committee of the Fine Arts Work Center in Provincetown.

For more on the Guest Writers Series, visit: https://english.utah.edu/news-and-events/events.php