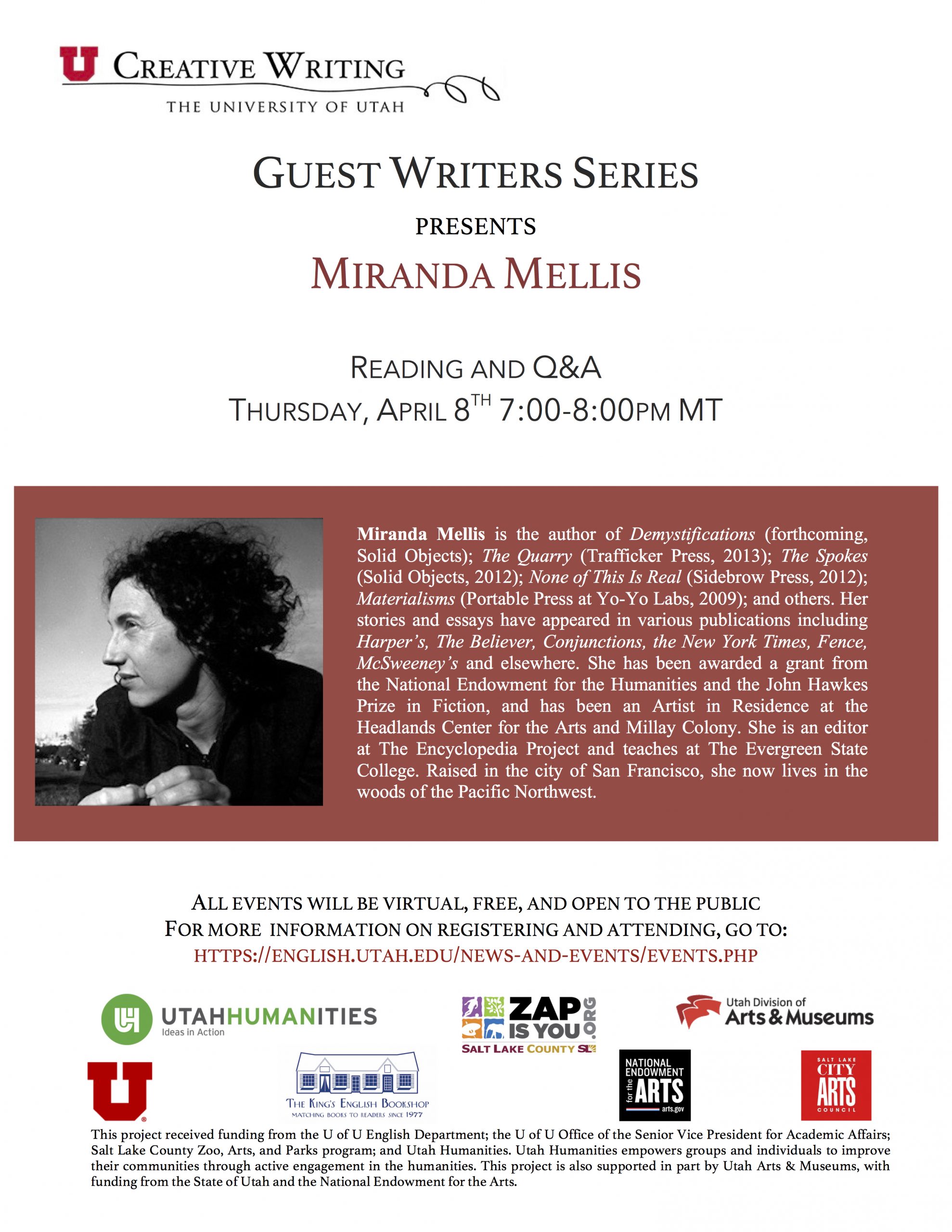 Join the University of Utah Creative Writing Program Thursday, April 8th at 7:00PM MT on Zoom Webinar as we host author Miranda Mellis. Q&A to follow. All Guest Writers Series events are free and open to the public.

Miranda Mellis is the author of Demystifications (forthcoming, Solid Objects); The Quarry (Trafficker Press, 2013); The Spokes (Solid Objects, 2012); None of This Is Real (Sidebrow Press, 2012); Materialisms (Portable Press at Yo-Yo Labs, 2009); and others. Her stories and essays have appeared in various publications including Harper’s, The Believer, Conjunctions, the New York Times, Fence, McSweeney’s and elsewhere. She has been awarded a grant from the National Endowment for the Humanities and the John Hawkes Prize in Fiction, and has been an Artist in Residence at the Headlands Center for the Arts and Millay Colony. She is an editor at The Encyclopedia Project and teaches at The Evergreen State College. Raised in the city of San Francisco, she now lives in the woods of the Pacific Northwest.