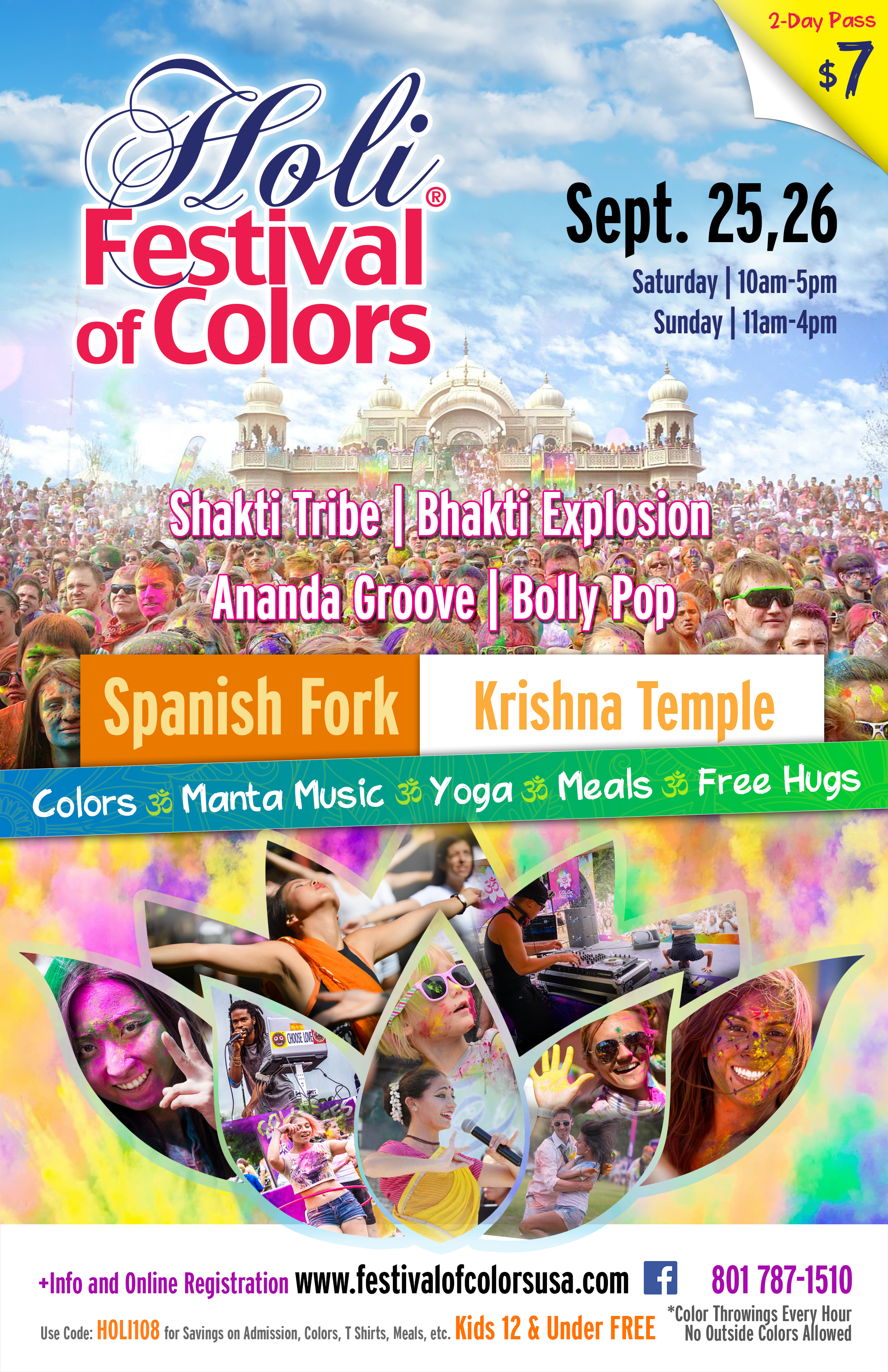 Holi is the Festival of Colors, a traditional Indian holiday celebrated in our own innovative fashion.

The Holi Festival takes its name from an evil witch who lived thousands of years ago. Her name was Holika. She had a boon not to be burned even if she stepped into fire. She misused this benediction to burn many babies by carrying them into fires. However, when she tried to do the same to a five year old Krishna devotee named Prahlad, she got burned instead, while Prahlad emerged from the fire unharmed. Prahlad’s constant habit was to chant the names of God, Hare Krishna Hare Krshna Krishna Krishna Hare Hare / Hare Rama Hare Rama Rama Rama Hare Hare. Thus taking shelter of the Lord through His Holy Names the Supreme protected him.

This year, realizing that Holi has developed a national following especially among college festival-goers, we are preparing more parking and more colors (by far) than ever before. The music, the dance, the worship, the facilities — everything is being upgraded.

Tickets and items purchased are available for pick-up at the event.

Unredeemed tickets purchased for previous Festivals of Colors that were postponed due to COVID-19 are redeemable at this event.

Kids 12 and under are FREE.