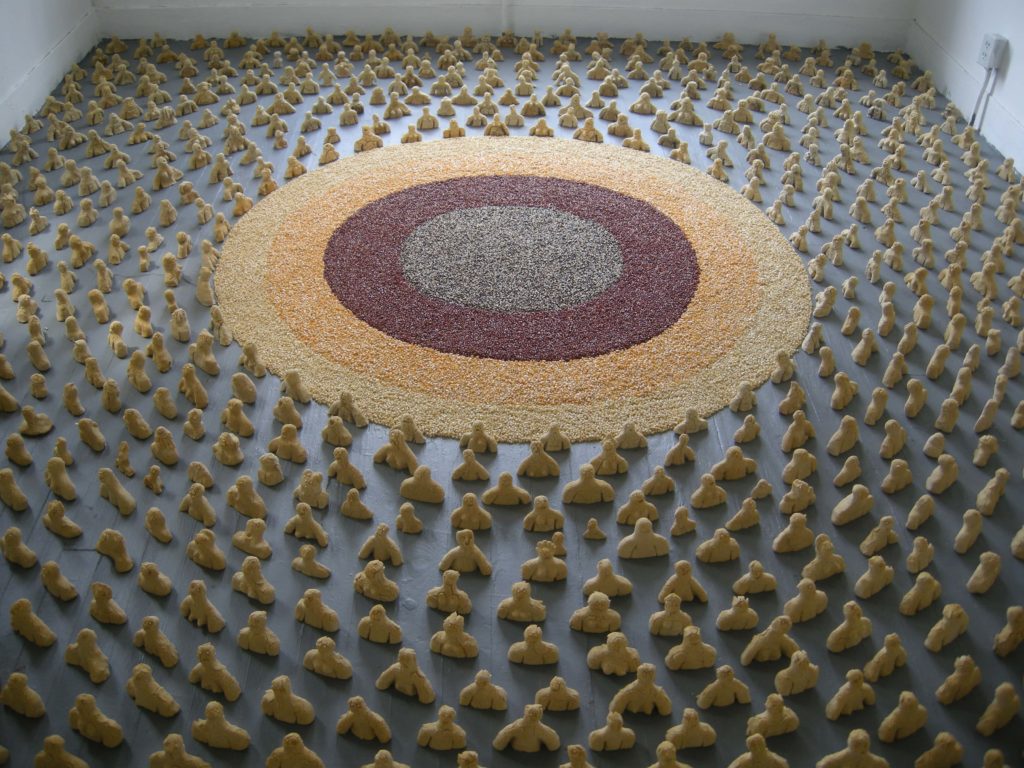 Jorge’s Corn Mandala, the sixth in an ongoing series of site-specific installations made from corn, uses corn kernels to celebrate the importance of maize for Indigenous cultures in the Americas.

The work from Jorge’s residency will use the corn people Kimball visitors have made over the last six weeks to protect the mandala while on display.

Jorge will be on-site during the opening to share more about his inspiration and process.

My corn mandalas center corn as something sacred. I use corn because I feel a strong connection to it. It carries an ancient history and life force that I learn and draw from, and being from Mexico gives meaning to that connection. Mandalas interest me not only for their beauty and spiritual qualities, but also because they can help build bridges of understanding between cultures, creating and opening channels for a flow and exchange of ideas. – JORGE ROJAS

The mandala on display at Kimball Art Center ties in Jorge’s love of symbolism. The Seed of Life symbol is displayed as the central element. The symbols in the outer part of the mandala represent corn and come from the Maya, Aztec, and Inca peoples. Also included is the Native American symbol for the Four Directions.