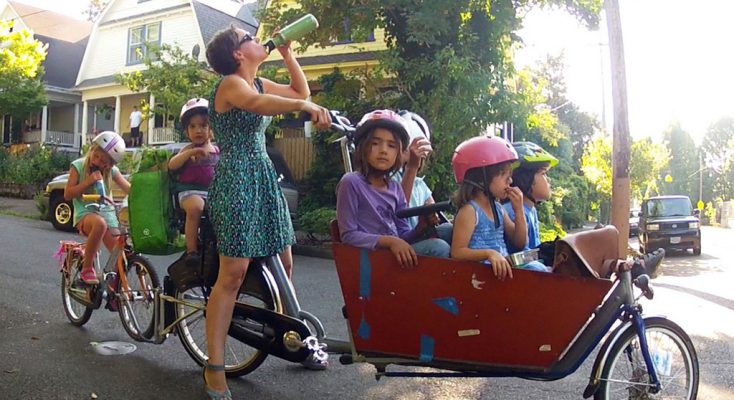 Motherload is a crowdsourced documentary about a new mom’s quest to understand and promote the cargo bike movement in a gas-powered, digital, and divided world. As Liz explores the burgeoning global movement to replace cars with purpose-built bikes, she learns about the bicycle’s history and potential future as the ultimate “social revolutionizer.” Her experiences as a cyclist, as a mother, and in discovering the cargo bike world, teach Liz that sustainability is not necessarily about compromise and sacrifice and there are few things more empowering, in an age of consumption, than the ability to create everything from what seems to be nothing.

Motherload features unconventional production methods (including crowdsourcing from non-filmmakers), genre-bending storytelling (experimental/personal/doc), and themes of movement-building, activism, and courage to “go against the grain.”