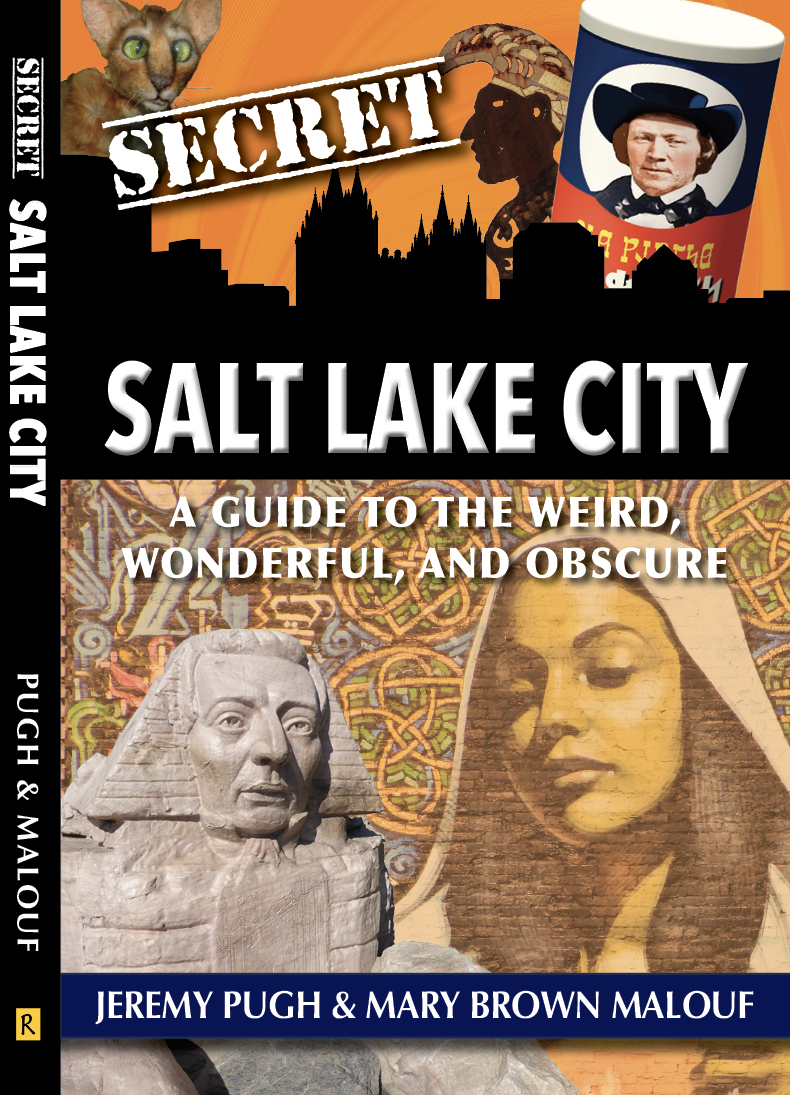 Join author Jeremy Pugh for a presentation and signing of his new book, “Secret Salt Lake: A Guide to the Weird, Wonderful, and Obscure” at Ken Sanders Rare Books. The event begins at 7 p.m. on Thursday, June 3, and is free and open to the public.

“Secret Salt Lake” opens a window into the weird, bizarre, and obscure secrets of Salt Lake, that are often hiding in plain sight. Did you know that the Mormons created their own alphabet and that it’s hidden in your computer? What do the strange symbols on the LDS Temple mean? How did Sherlock Holmes solve a fictional mystery in London that originated in Utah? Why is there a chunk of the Matterhorn enshrined at a Utah ski resort? How did SL police capture the infamous serial killer Ted Bundy? And what is the origin of Iosepa, a Hawaiian ghost town in the desert? Authors Jeremy Pugh and Mary Brown Malouf reveal these mysteries and more to pull back the curtain on the secrets of Salt Lake to enrich your life in the Beehive State.

Jeremy Pugh is a writer living in Salt Lake City who has been writing about culture, history, and the outdoors in Utah for more than two decades. He is the author of 100 Things to Do in SLC (Before you Die) (Reedy Press, 2018) and the executive editor of Salt Lake magazine. Pugh is also a freelancer. His work has appeared in SKI, Range, Via, Sunset, Condé Nast Traveler, and more. A lifelong Utahn, Jeremy travels widely but always returns home to the mountains where he bikes, hikes, and skis as much as possible. He invites you to find him on Twitter and Instagram at @100thingsSLC and read his writing at verydynamite.com or saltlakmagazine.com. (Note: Pugh co-wrote this book with his close friend Mary Brown Malouf, the longtime editor of Salt Lake magazine, who tragically passed away last year.)