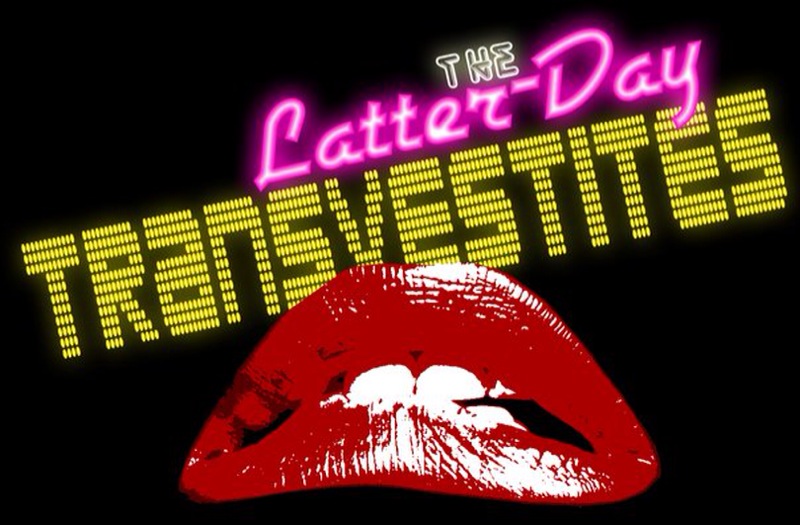 Is everyone ready to Time Warp again?

You’d better be because it’s that time of year again. Time to put on your corsets and fishnets and take that step to the right!! Join the The Latter Day Transvestites (SLC’s Rocky Horror Picture Show shadowcast) as we bring you the best (or worst) in absolute pleasure!!!! Brought to you by the Out of the Shadows Theater Group and Alliance Theater.

In person tickets are $25 and virtual tickets are $15. Tickets are available online at https://www.showclix.com/event/rocky-horror-picture-show-at-alliance-theater

A Tranny Pack(TM) will be included with each ticket purchased and will include a squirt gun, newspaper, party hat, noisemaker, balloon, and cards (no outside props that are food related or messy will be allowed pursuant to the management).

The cast will have a table for all of your LDT and OSTG merchandise. Proceeds from all sales go to the Out of the Shadows Theater Group for updating/repairing props and costumes, as well as, funding for future shows.

The Latter Day Transvestites have been feeding your Rocky Horror addiction since 1995 (officially as a cast). Come see the only officially sanctioned shadowcast in Salt Lake City, Utah. We have been featured on Fox 13, at FanX Salt Lake Comic Convention, Fantasy Con, An October Evening, The Salty Horror International Film Festival and Convention, the SLC Pride Parade and Festival, Utah Halloween Expo, FearCon, Halloween in Summer Festival, in documentaries and film, and more.

And don’t forget the Pelvic Thrust!

THIS MOVIE IS RATED R. According to Utah law, you must be at least 17 to see this performance unless you are accompanied by a parent or guardian.

NOTE: The RHPS and pre-show involve themes that may be inappropriate for children, and even for some particularly sensitive adults.

*The performance by the Latter Day Transvestites is brought to you by the Out of the Shadows Theater Group (the group that also brings you Repo! the Genetic Opera, Hedwig and the Angry Inch).*