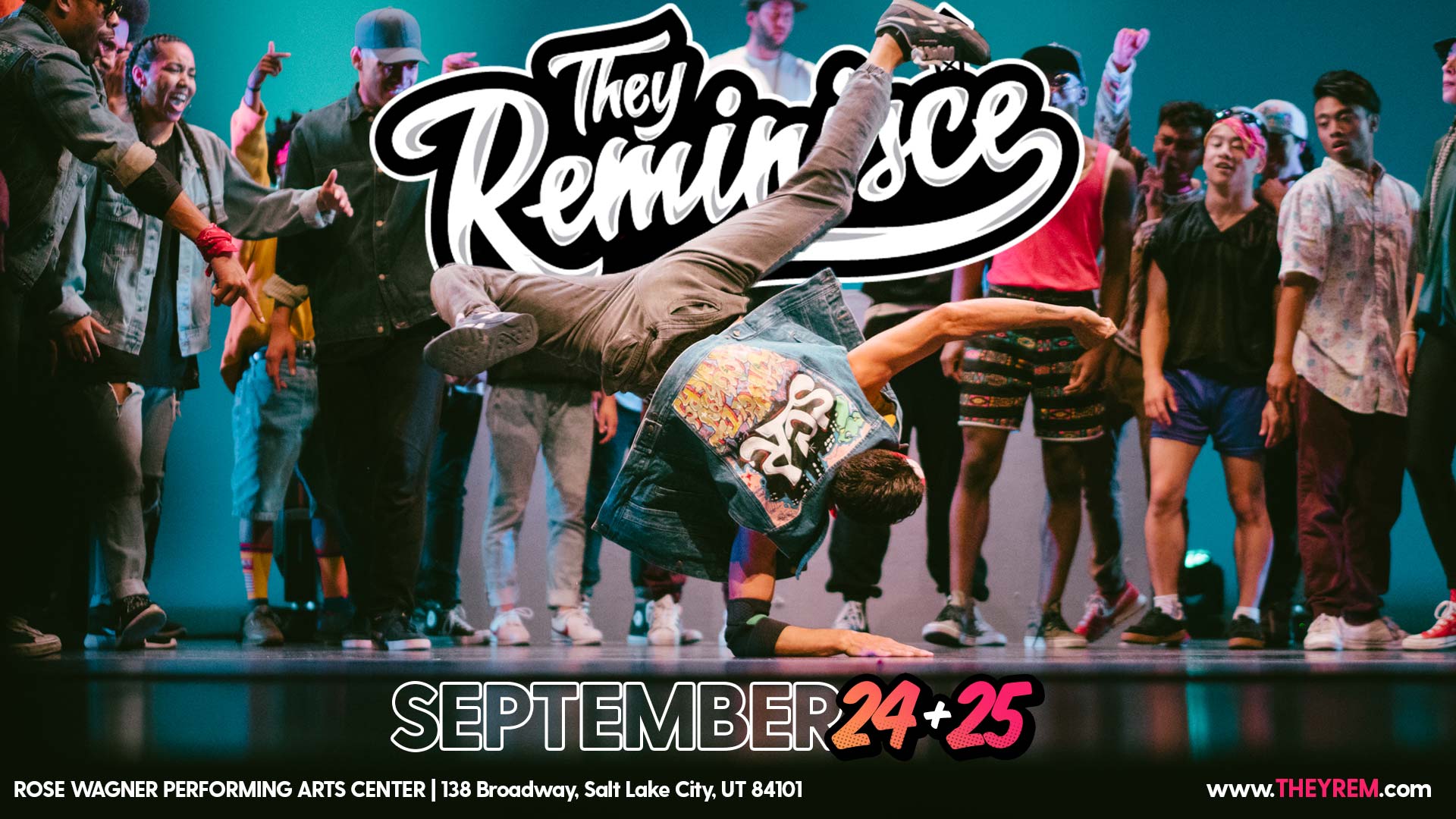 They Reminisce brings together some of Utah’s most talented Choreographers and Dancers. Through an original story and unique cast of characters, audience members will learn about Hip Hop’s history and culture. This year we expand on the story about the Salt City Rockers. Following one crew’s journey examining Hip Hop’s success and their exploitation in the 80’s and the underground resurgence of the 90’s as they prepare for a competition.
After its inception in the 1970’s, Hip Hop culture exploded into mainstream culture during the 1980’s. Movies, music and fashion all begin to take notice of the new street culture from the Bronx. However, by the 1990’s the media had largely abandoned Hip Hop, with the exception of its music. This caused the culture to split; Parts of it stayed mainstream while others went underground. Leaving Hip Hop divided and unsure about which direction it would take.

“They Reminisce, is a show not to miss! Always an electrifying performance about Hip Hop history, dance and of course music that has shaped multiple generations.”
– Jason Woodland, President of Woodland Advisors, LLC

Continuing our tradition and opening the lobby early will allow for dancers to warm up, kids from local studios to perform, photo ops, and vendor booths etc… Come spend time with the dancers as they warm up, explore some artwork from our Kids Crew, and enjoy our DJ playing continuous songs from the 80’s and 90s.