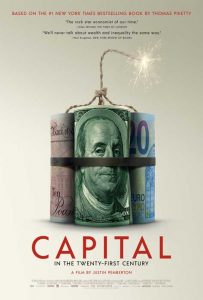 Ticket sales will go live on the first day of the screening, May 8.

This documentary is based on the international bestselling book Capital in the Twenty-First Century by rock-star economist Thomas Piketty, which sold over three million copies worldwide and landed Piketty on Time’s list of most influential people.