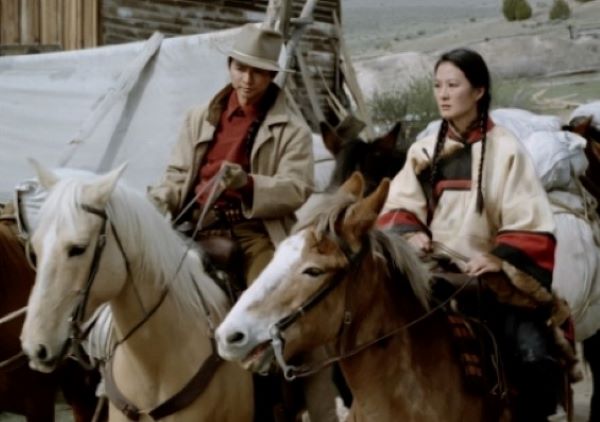 Set in a mining town in the 1880s,  Thousand Pieces of Gold was developed by the Sundance Institute and premiered at the San Francisco International Film Festival in 1990 and at the Sundance Film Festival in 1991. It won immediate acclaim for its portrayal of the real-life story of Lalu (Rosalind Chao), a young Chinese woman whose desperately poor parents sell her into slavery. She is trafficked to a nefarious saloonkeeper in Idaho’s gold country. Eventually Charlie, a man of different ilk, played by Chris Cooper, wins her in a poker game and slowly gains her trust. Rated PG-13.

Thousand Pieces of Gold was one of the first films to be shown by the nascent Park City Film Series, making it’s premiere on April 14, 1995 in the Jim Santy Auditorium.