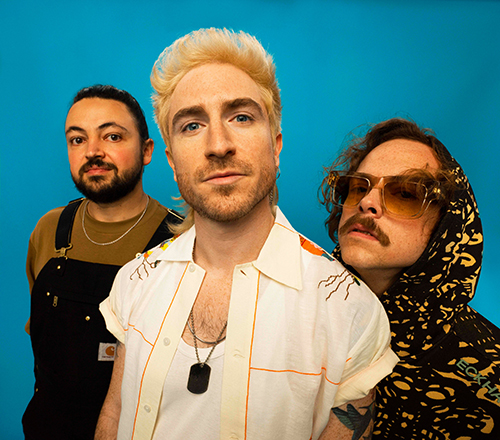 We are so incredibly excited to see you all on tour!

We want to make sure that our shows are as safe as possible for fans, venue staff, our crew, and ourselves.  With that being said, anyone attending a WTM show this fall must be fully vaccinated against COVID-19 or have tested negative for COVID-19 within 72 hours of attending the show.

If more strict guidelines are in place where you live or for your venue, then you should be prepared to adhere to those policies.

We strongly encourage everyone attending to get vaccinated and to wear a mask as much as possible.

We have always sought to create a safe, welcoming, and positive environment at our shows.  We appreciate so much you helping us make sure these are no exception.

Much love and OMG SEE YOU SOON,

Ohio’s WALK THE MOON have been captivating audiences with their energetic live shows for the better part of a decade. Theband first made a name for themselves by touring relentlessly in support of their self-titled debut, which featured the indie classic“Anna Sun.” The alt-rock-pop band was then catapulted into the spotlight when 2014’s “Shut Up and Dance” became a multi-platinum global smash, crossing sonic barriers to top three different Billboard charts. After two years of performing countlesssoldout shows in twenty five countries across five continents, the band returned to the studio to craft their third major labelrelease, 2017’sWhat If Nothing.As the band steps in 2021 and beyond, WALK THE MOON is excited to begin releasing musicfrom theirnew albumHeightswhich is led by their anthemic new single “Can You Handle My Love??”. This single is releasedalongside two additional new songs “Giants” and “I’m Good” with much more new music to come