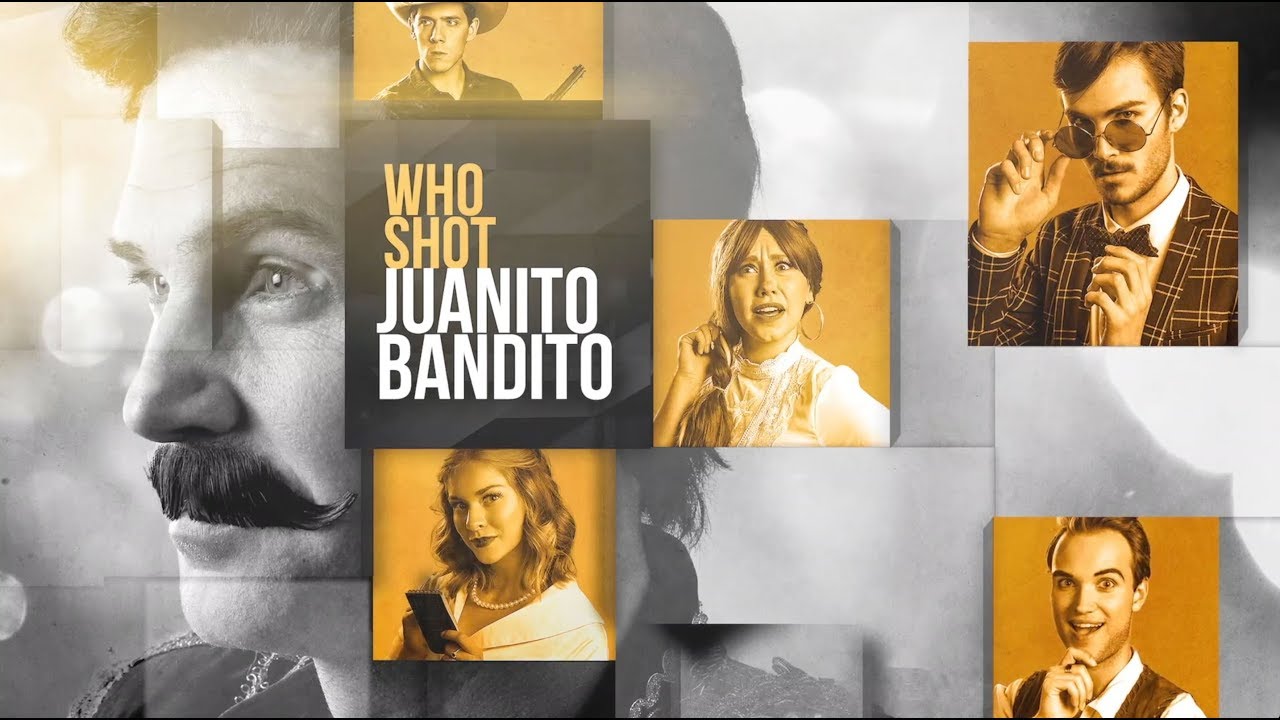 Watch the STREAMED performance of this hilarious Pickleville original!The most sought-after Spanish villain in history is on the attack in this one-of-a-kind, outrageous, and completely entertaining musical comedy. The infamous El Bandito is only one heist away from completing his quest to rob every bank in the West and cement his reputation as the baddest bad guy in history. Standing in his way is a brave cowboy hero, a devastatingly beautiful British journalist, and the self-absorbed Frenchman: Jaques Javert!
Re-vamped and re-loaded, come laugh, laugh and laugh some more at one of the most side-splitting shows in Juanito Bandito history!

*Immediate Family is considered a mother, father, and their children.   NOT included: grandparents, friends, neighbors, kids’ friends, little Jimmy from across the street, etc:)  Please purchase additional tickets for anyone not considered immediate family.  We have no way of verifying this, so we’re asking that you pay based on the honor system.  Thank you!