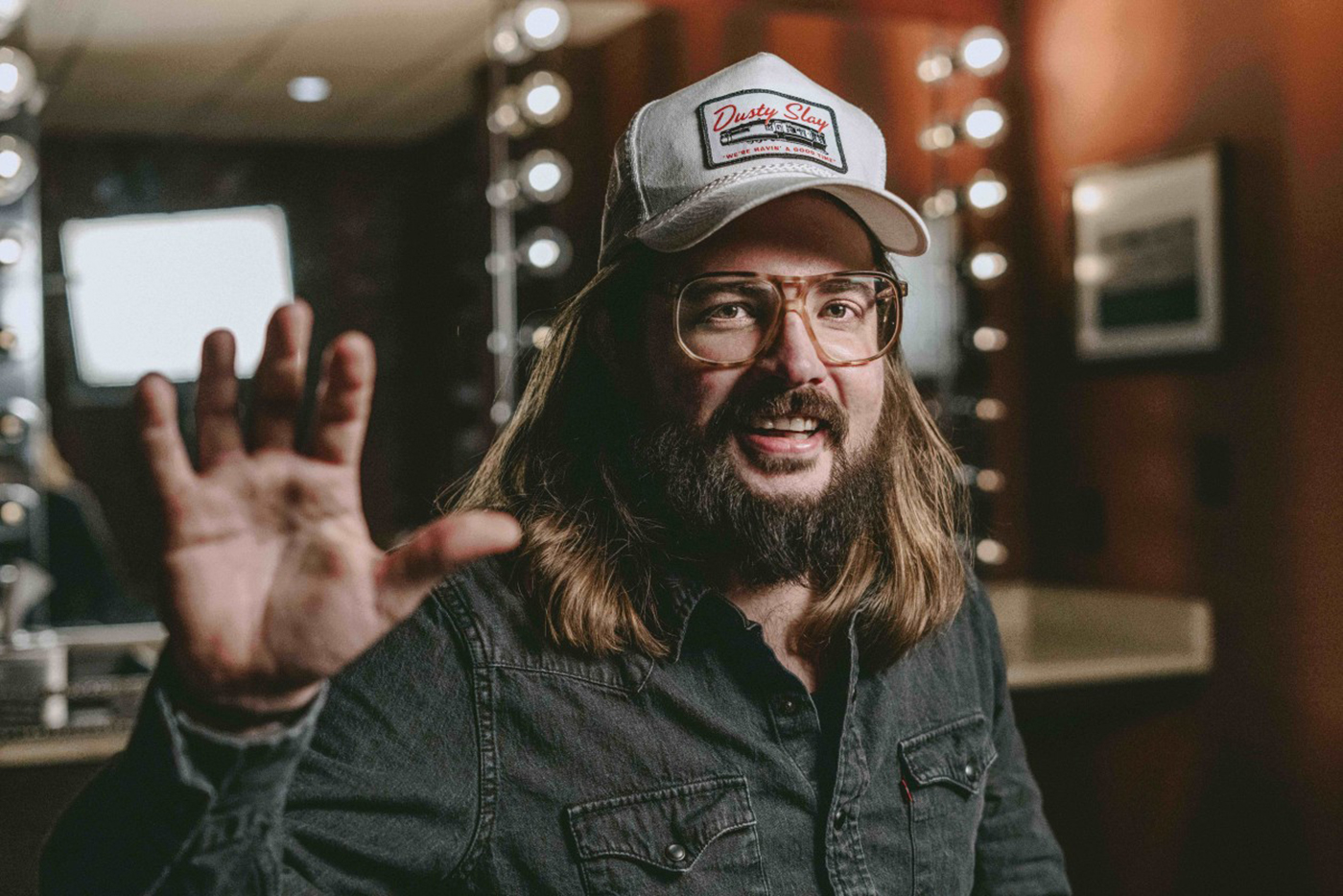 The night I went to the club for the first time in four months was to see Dusty Slay at Wiseguys Comedy Club Downtown for the late show on Friday, June 12. Originally from Alabama, he has adopted Nashville, TN, as his hometown. He performs nationwide and is on the rise in the comedy world. (I’m sure he’s heard this before, but Slay’s hair looks attached to his hat.) Pleasantly sarcastic and more than ready to make his foibles the center of his jokes, he is a man prone to situational misunderstandings and oddball observations of his world. Slay appears comfortably uncomfortable, instilling a generous risibility in audiences far and wide.

Stepping foot into a comedy club for the first time in four months, I expected proceedings to have changed quite a bit. I supposed that the laughter through masks would be muffled, making the room seem congregated with a hundred joyous captives exclaiming pleasure through a gag. I thought, with the six-foot rule instituted, people would take advantage and really make themselves at home—socks being hung from tiny clotheslines, individual miniature trash can fires cooking whatever food the patrons brought with them, the people themselves lounging about, stretched like a cat melting off of a couch and onto the floor. In short, two-to-four person Hoovervilles, divvied up by the invisible COVID-19 crisis.

Having now attended a show, I was wrong about almost everything. People still want to laugh, and for many, Wiseguys is the place to go for a chuckle. Wiseguys has been on a roller coaster the past few months, just as most of us have. The club had to close its doors for a month, open to get business going again, close again due to protests, and open again to greet the next hellish morning with a forced smile.

“People still want to laugh, and for many, Wiseguys is the place to go for a chuckle.”

For the most part, people don’t seem to mask up at the club and—while that’s their prerogative—the club is doing everything it can to prevent the spread of disease while still offering nightly entertainment. Despite hand sanitizer galore, masks, gloves and a general six-foot distance kept between myself and the other show goers, I still managed to have my glasses fall off of my face into the bathroom trash can. (This isn’t necessarily relevant to this story, but I feel in the interest of journalistic integrity that I should honestly report the genesis of my demise.)

Most of the comedians on the show had not performed in months. The audience was trepidatious to laugh, while I was still trying not to melt my glasses using an open flame to disinfect them. But all in all, the communal desire to laugh was there. The gigantic bulbs lining the side of the stage gave off a stadium-lighting effect, making it feel so much more grand. Slay had many observations on the virus that I think many of us share: The frustration, the ennui of isolation, and how tricky it can be to simply not touch your face. Slay sums it all up in his own merry way.

Slay, like the other comedians on the show, had not performed as much as usual (or at all) for quite some time. This, in addition to the safety regulations for show-goers, made the show feel a bit lackluster. I don’t mean to insinuate that this is the fault of the club or the performers. It is just the reality of the situation. Slay handled it well, I think. Something that particularly charmed me about Slay was that he always seems to be firing from the hip and the gut at the same time,as if his off the cuff observations are not just “takes,” but something he feels to be true—a genuine nature I appreciate seeing in a comedian.

“But all in all, the communal desire to laugh was there.”

For some veteran comics, irony begins to creep into their voice at every turn, like raspiness for a smoker, making a genuine voice as impossible as a pink elephant. Slay doesn’t come off as conceited or up his own ass, and his relatability seems to guide one through the performance as if you were just having a conversation with him. Personally, Slay isn’t my favorite comedian. I can understand what makes him likeable and funny to others, and the reason I didn’t laugh much throughout the night is as previously stated—due to circumstance and perhaps a bit of jadedness on my part.

Comedy seems to work best when everyone is packed into a room like sardines. Plague regulations make this difficult and lance an integral part of standup comedy. I’m aware that, within the next few sentences, the phrase “laughter is infectious” could be used. It should not be. It won’t be. What I will say is that it’s easier for the moon to get a tide ebbing and flowing in the ocean than, say, a dozen glasses of water adjacent to a puddle of piss on the ground. At that point, the moon might think, “What the hell am I doing with my life?”

A few people were as silent as the grave, as if they expected live entertainment to be exactly the same as before. A few were laughing just for the sake of laughing; I’m not entirely sure it was even connected to the material. There was an over-40-and-single party cackling like a freshly swung dying cat, shrill twists of laughter that reminded me of the tightening of a spring. They were great.

Standup seems to still be alive—a patchwork of effort and acceptance of change with some original parts there still. A Frankenstein’s monster of desperation for relief. A sex-bot Frankenstein’s monster, if you will. (Please don’t but, if you will.)I don’t think things will get better as long as people continue to congregate in big groups. However, if ever there was a group to congregate in, it’s that of a comedy audience. If you’re looking for a hearty chuckle at the self-invited expense of an average Joe just trying to understand it all, I would recommend Dusty Slay. Please wear a mask.