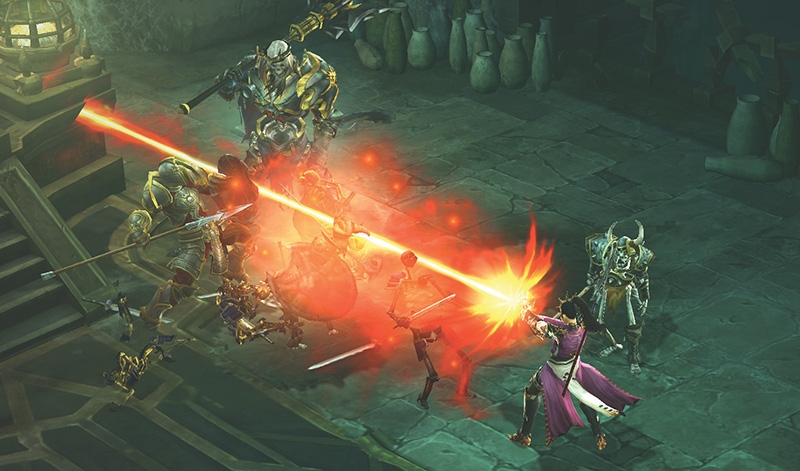 If you have memories of drawing dungeon maps on grid paper, then Atlus has something for you. This blend of first person RPG and JRPG allows gamers the chance to explore and map dungeons with a quest-driven story or as an independent adventurer. The story mode allows the player to lead a member of the Highlander Clan and his guild (which you get to name) to find the mystery behind a little girl found in ancient ruins. Combat is a standard menu-based system that integrates a class system, which, if used correctly, makes the game a lot easier. This is the first game in the series that has a story mode available, and the story is not simply an afterthought. The characters are well-developed, and dialogue is sharp and witty. The game does not suffer from an overabundance of cut scenes, but has enough to keep it interesting. Once you’ve played the story, you can carry your party into classic mode and vice versa, thus enhancing replay value for those wanting to explore the Ygdrassil labyrinth multiple times. This is a must play for the RPG crowd—casual gamers need not apply. –Thomas Winkley A game five years in the making, Grand Theft Auto V is already a success by every measure, with over $1 billion in sales during its first 72 hours of release. But is it the revolutionary, generation-defining game many expected it to be? GTA V certainly is a great game—but the answer isn’t that simple. Yes, GTA V redefines what an open-world game can look, function and sound like: Calling the game an “immersive experience” is an understatement. Yes, the heist missions at the center of the game are some of the most entertaining set pieces I’ve ever played, especially when players have the freedom to switch between GTA V’s three protagonists: Franklin, Michael and Trevor. For all of its new gameplay mechanics, lots of GTA V feels a little too familiar. Michael and Franklin are characters we’ve played before, much of the game’s cultural satire is too superficial to be effective, and the rampant misogyny can be downright disturbing. GTA V is still fun as hell to play, though—and with GTA Online on the way, it won’t be leaving my 360 anytime soon. –Randy Dankievitch