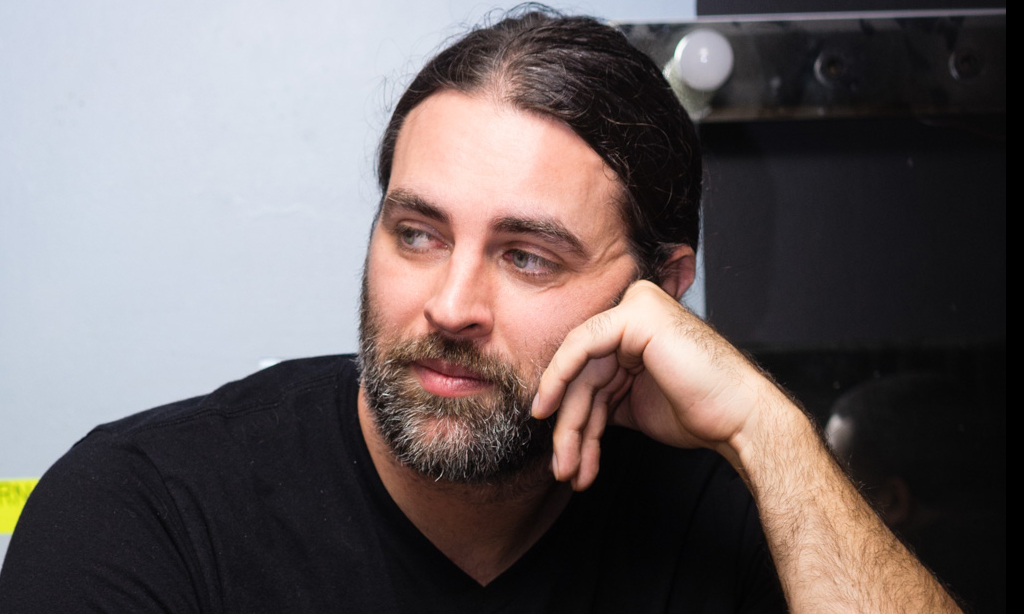 Gubser: Yes, sometimes you just have to read the room. I have been surprised by audiences enough times where I didn’t think that they were going to be interested in it at all, if I was doing political material or religious material. I just went along with it and did it, and they were on board with it. I try not to censor myself when I go onstage. Most people are intelligent—they can laugh at themselves a little bit, so I just try to give people the benefit of the doubt. Generally, people can know that I’m not coming from a mean-spirited place and that I’m just pointing out, “Hey, this is kind of silly and we take that for granted.”

SLUG: What was your impression of Salt Lake when you came out and did your last show?

Gubser: It was my first trip to Utah, so I wasn’t sure what to expect. You kind of find the same sort of things that are in a lot of smaller areas. It’s great that every comedian can get up multiple times in a night, and you’ve got college towns around. Salt Lake’s not really even that small of a city. It’s the small comedy scene where everybody knows each other, and everyone’s generally supportive, and it’s good to see that. Eventually, whether it’s Salt Lake or Memphis or Knoxville, New Orleans or wherever it is, the people there are certainly not the things that hold you back. There are people that come around all the time that end up in N.Y. or L.A. that started in small cities. It’s good to see. It’s really kind of encouraging to see these little things pop up all over the country where you can do comedy anywhere and figure out if it’s something that you really want to pursue down the road.

SLUG: Does that make you hopeful for the future of stand-up?

Gubser: I don’t know. I’ve been having a lot of conversations lately about the future of stand-up comedy. I was talking to a friend of mine in Sacramento named Johnny Taylor. He just recorded an album in Sacramento a few weeks ago. We were talking about recording comedy specials and people not caring. Nobody’s buying DVDs anymore. We’re just kind of in this weird situation now where we have more direct access to people who are gonna like what we do than any time in the history of comedy. But, there’s also this really, almost complete unwillingness to pay for any of that content because we’re just so used to getting any and everything for free. I mean, when Louis CK is selling his specials for five bucks, it’s like, “OK, where does that leave everybody else?” We’re at a time when you can reach more people, but it’s become much harder to make a living doing it.

SLUG: So you think that the market’s pretty saturated and there’s a lot of access to entertainment in general?

GUBSER: Yeah, it’s always changing very rapidly, and everyone’s still trying to figure out what that means. We’re not in a time when you just get a couple of late-night appearances and then somebody throws a few-hundred-thousand-dollar development deal anymore. They want to see that you already have your own 100,000 Twitter followers, or that you have your own web series that you’ve already put together, that you’ve already produced, and that you’ve already done the development yourself and that you already have your own fanbase before anyone’s going to even look at you. So it’s much more entrepreneurial than I think the comedy industry has ever been before. Which will leave it kind of leaves it on the artist to really figure out what to do. There’s not really a playbook; there’s isn’t that set path that there’s been in previous decades. I mean, it’s exciting and a little bit terrifying.

SLUG: Does that make you want to encourage people to see more live shows as consumers of comedy?

Gubser: Yeah, I think that’s really all that we have to offer right now. You can go to YouTube and you can watch full comedy specials. With Netflix, you can watch hundreds of comedy specials. The live performance is really the only unique aspect to offer as a performer right now, but it still takes a decade of doing that before people care about you enough to come see you do stand-up. It’s like you have to do a million other things to get people to pay enough attention to where doing stand-up is viable.

SLUG: How do you feel about coming back to Utah?

Gubser: I’m excited. I met a lot of really good people when I was out there last time, and it’s been two years. It’ll be fun!

You can follow Matt Gubser on Facebook and Twitter, and check out his AJ+ appearance here. He will perform Friday, July 1, at The Loft at the Ziegfeld Theater.