Under what circumstances can a police officer LEGALLY confiscate your cell phone and/or camera? Do we as citizens have any procedure to follow if we find ourselves in a situation where we feel the police are hurting someone and choose to document it? Don’t the police have to file requests for evidence they didn’t directly obtain from a crime scene or suspect? Can we simply say “no” when told to give up our cameras? 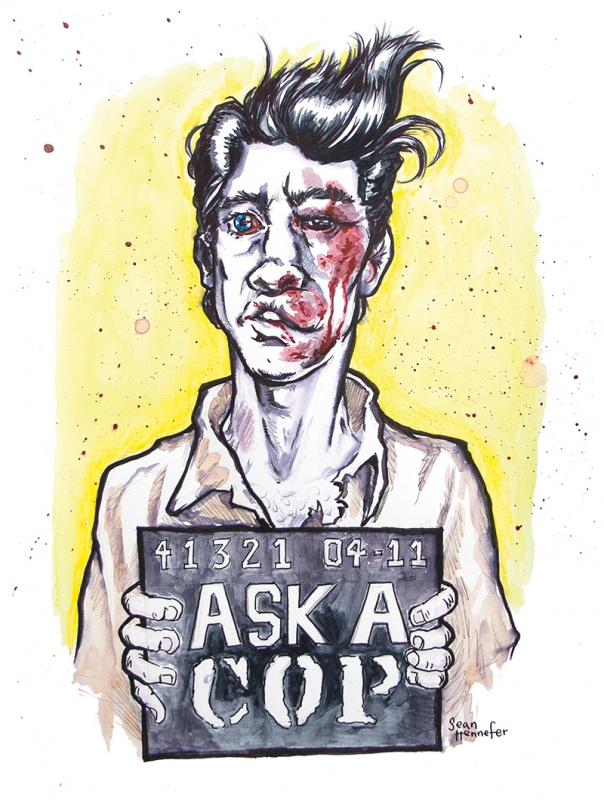 Dear Officer,
There are so many horrifying stories coming out of different corners of the world, and plenty right here within our country, of police brutality. Just this morning read about another incident involving the California Highway Patrol who allegedly beat a 33-year-old man to death. They were called to address a possible intoxicated person and allege that he fought them. They then confiscated the cell phones of all witnesses to the man’s death.

Under what circumstances can a police officer LEGALLY confiscate your cell phone and/or camera? Do we as citizens have any procedure to follow if we find ourselves in a situation where we feel the police are hurting someone and choose to document it? Don’t the police have to file requests for evidence they didn’t directly obtain from a crime scene or suspect? Can we simply say “no” when told to give up our cameras?

This brutality is getting ridiculously terrifying, and I would feel better knowing where my rights are, and being able to spread the word to others so that we can stand up for each other if the worst should come to pass.

Thanks for your service,
Megan Kennedy

Dear Megan,
Since someone only needs a GED to be a cop, vs. a Juris Doctor degree to be a lawyer, take my advice for what it’s worth.

Cops can legally seize evidence by warrant or consent. Additionally, courts have been very accommodating of police “securing” cell phones or recording devices while obtaining a warrant, as digital evidence can be easily altered, damaged, destroyed, etc. However, as you imply, when cops “secure” a cell phone that probably contains evidence documenting their own actions after a questionable encounter, this can be troublesome.

No cop should ever be concerned that he’s being recorded. If he’s a professional in all his actions, who cares? In fact, cops themselves, most of the time, are recording everything anyway. Very soon, all over Salt Lake County, you’re going to see cops wearing expensive recording glasses, courtesy of your tax dollars. Recording is not a bad thing—for cops and citizens—and most of the time, it confirms their excellent, professional work.

What it sounds like you’re concerned with is that small percentage of the time when cops weren’t professional or obviously did something wrong. All I can state is, if cops did confiscate cell phones because of their questionable actions, and they then destroyed, altered, damaged or concealed that evidence, they’re fucked, and always will be—at least in this country.

I will tell you that your belief regarding “police brutality” becoming “ridiculously terrifying” is wrong. You can look up the statistics yourself, but the levels of violence in this country, including by the police, are at historic lows. There have been double-digit decreases since before 1980. [Editor’s Note: According to USA Today and The New York Times, police brutality has increased 25 percent in the last seven years.]

What we’re all experiencing worldwide is a phenomenon known as social media. I’m going to make a guess that you have at least a Facebook account, or Twitter, Instagram, Pinterest and a cell phone with push notifications going to Internet news sites every minute. We have a very in-your-face, social society, where you hear and read about everything instantly. Look how it affected the “Arab Spring.” Just because you see and hear everything immediately doesn’t mean that it’s true or that things are worse, and that the opposite is actually true. Cops are now trained with the mindset that they are being watched and recorded all the time. Consequently, instances of unlawful police violence are at historic lows.

Whether you should give up your cell phone at a police officer’s demand, well that’s for lawyers to argue. Just like cops, if you do what’s right, you’ll be fine. If not, just like cops, you’re fucked.

Have a question for the Cop? Email askacop@slugmag.com