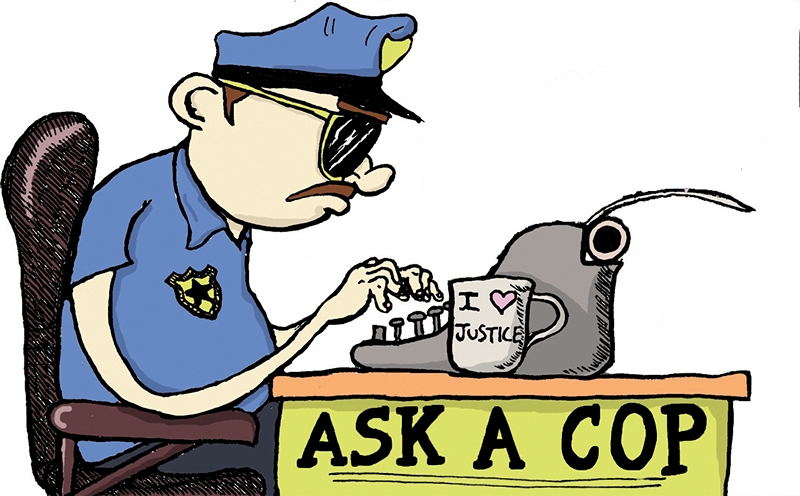 What the hell is up with the city’s laws on what constitutes “street art” and what’s classified as “graffiti”? I can’t speak for everyone, but I know six year old kids who can tell the difference between a sign thrown up by a shitty tagger and a piece of art someone spent hours working on. Yet all the time I see the city take the same white-wash treatment to walls on awesome art that isn’t offensive or vandalized anything. What’s the policy in this city, and how can artists get a wall to work on that won’t get us ticketed or painted over a day later?

I’m sure you and I (and three-fourths of the human population) can easily agree that 6-year-olds and the feeble-minded can tell the difference between art and gang-related graffiti, so here’s my comment and suggestion related to artistic expression.

Basically, if you paint something, even if it’s beautiful (in my opinion, or three-fourths of reasonable humans’ opinions), and it’s on someone else’s property (including government property), and it’s unwanted (which will always be the case on contemporary government property), then your beautiful art becomes “graffiti” or “trash” or “ugly” or “racist/bigoted/mysogonist” or “gangster,” etc., and you can be arrested.

You mention the feeling “offensive” when evaluating some types of “street art.” How can you possibly define what someone calls “junk” as treasure, and vice versa? On the east side of the Guthrie Building on 200 S. in downtown Salt Lake City, there is a beautifully (in my somewhat reasonable opinion) painted mural depicting the Blessed Virgin Mary. I’ll bet there are people belonging to other religions (the predominant one comes to mind … Oh yeah, and Scientologists) who find that mural religiously offensive. I’ll guarantee that if you tried to paint that depiction on any government property, or the predominant one’s private property, it’d be white-washed immediately and you’d go to jail. If the predominant religion forced an Angel Moroni to the top of the federal building, you’d be pissed, right? So, your attempt to define something as offensive seems self-serving (and I’m with you—I like to self-serve, too). Any group, such as the predominant re-uniter, can place a graven image of some angel, the sun, moon and stars, or some painting or carving on their temple or wall for the whole valley to see—as long as it’s their property and not outside community moral standards. Well, one church’s treasure is another’s …

Salt Lake City is a Super Liberal, Save the Environment, If It Feels Good Do It, Hippie Tree Hugger kind of place. I’m sure there are numerous bars, stores, non-“prophet” (sic—errrr profit), anti-establishment, anti-religion types of places whose inhabitants would be more than happy to donate some space to your artistic desires. I heard some dude “say” that he owns the property at 900 S. State Street (number two corner). See him at the taco cart. Maybe the wall to the north is yours.

Dabber, I’d like to see comments to SLUG by its readers as to what you should paint. Hell, I’ll even help you. I suggest some sort of ski racer/boarder/skater depiction––pounding gates, inverted or pool skating. Maybe a combo of all so no one is offended.

Have a question for the cop? Send your queries to askacop@slugmag.com.