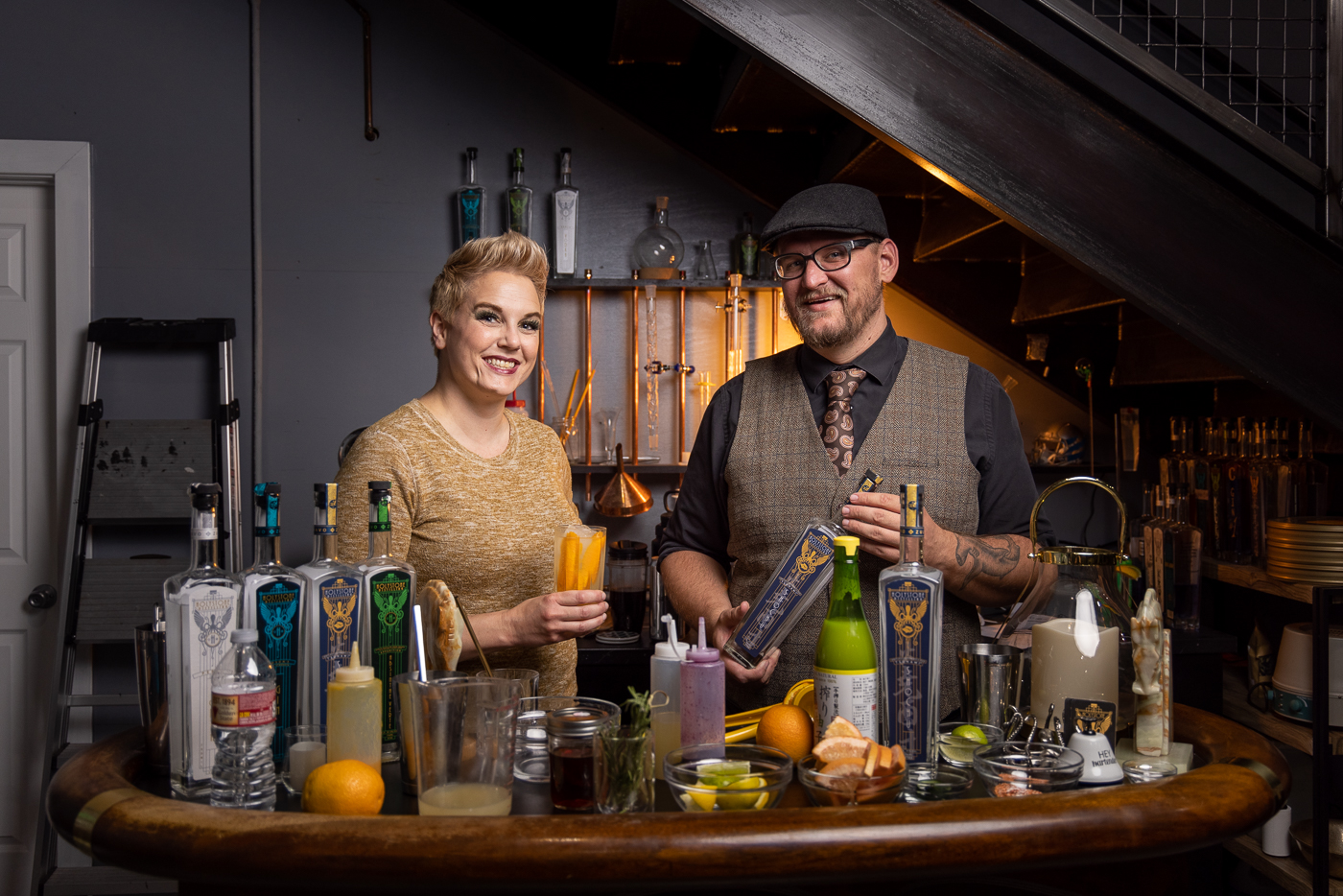 As a joint effort to bring the flavors of traditional Japanese spirits to Utah drinkers, the collaborative duo of Holystone Distilling (holystonedistilling.com) and Tsunami Restaurant & Sushi Bar (tsunamiutah.com) introduces Tsunami Shochu, Utah’s first locally made mugi-shochu. Popular for centuries, this mild and flexible Japanese spirit is distilled from a combination of rice, barley and koji, a popular mold that gives soy sauce its distinct umami flavor. Tsunami Shochu is also considered a “honkaku-shochu,” which is only distilled once to maintain the original flavor of its ingredients. The resulting beverage goes well with tea, juice or a splash of hot or cold water, but it also makes a good base for a variety of cocktails and stands alone when served neat. Mugi-shochu’s flavor profile resembles tequila or vodka, but with less bite and a subtle savory note.

Holystone Distilling is a relative newcomer to the Salt Lake distillery scene, having opened in 2019. Holystone was founded by Head Distiller Ethan Miller, Market Scout Michael DeShazo and Events Coordinator Barbie Busch DeShazo. Miller is a distinguished distiller, and Holystone has already made a name for itself with unique, small-batch offerings. In fact, Holystone won two awards at May 2019’s SLUG Mag Brewstillery event. After introducing Bosun’s Navy Strength Gin with Utah’s highest available proof (114), the grape-based Perla Vodka and Salt Lake’s first (legally made) Apparition Absinthe Verte, mugi-shochu was the next logical step.

Miller’s relationship to shochu began during his time at New Deal in Portland, Oregon. After distilling the spirit with Founder Tom Burkleaux, he was disappointed by how hard it was to find in liquor stores he visited in the U.S. In 2018, he embarked on a geological coring expedition off the coast of Japan and sought out shochu whenever he stepped foot on solid ground. “I tried a wide variety in a several-weeks trip, from bars (the ones that let me in), restaurants and liquor stores where no one understood many of my words,” says Miller. “I was a pale, long-haired, bearded giant that knew how to say ‘hello’ and how to order shochu.”

“We saw this as a chance to work together to introduce [Tsunami] guests to Holystone and to a mugi-shochu.”

For Miller, crafting an exclusive shochu for Tsunami Sushi meant bringing out the best of its unique ingredients and ancient tradition. “Shochu is a spirit that brings pride to the quality of its ingredients,” he says. “I only distill it once (just as they did in the 16th century), and this is a unique and delicious challenge that demands I don’t mess it up. The ‘umami’ quality that comes with this spirit is on a spiritual level for me, and I feel a responsibility to the ages while producing it.”

Quality ingredients and tradition are also at the heart of Tsunami Sushi. “Tsunami was founded in 2002 with a deep respect for Japanese culinary traditions,” says Tsunami Beverage Manager and Japanese Sake Advisor Julie Hiatt. “The owners also wanted to blend traditional Japanese ingredients and technique with non-Japanese flavors and products to create an innovative and exciting experience for Utah diners. It’s rewarding when our guests take our recommendations and expand their culinary horizons. Shochu is something that many Utahns are not familiar with, and Tsunami is proud to offer the chance to try a locally made mugi-shochu.”

This historic breakthrough in Utah distilling wasn’t the first time Miller and Hiatt worked together. “I have known Ethan for a long time and have grown to trust his taste and distilling skills,” Hiatt says. “When Ethan worked with New Deal Distillery, he introduced me to their Ginger Liqueur. Tsunami added the Sparkling Ginger Martini to the menu featuring the New Deal Ginger Liqueur. Ethan let me know that he wanted to make a shochu, and after tasting the Holystone Perla Vodka and Bosun’s Navy Strength Gin, we saw this as a chance to work together to introduce our guests to Holystone and to a mugi-shochu.”

Tsunami embraces the arrival of its new signature shochu with a twist on a classic cocktail. “A Chu-Hi, originally called ‘shochu highball,’ was first made in Tokyo in the 1940s using shochu, carbonated water and lemon juice,” Hiatt says. “The Tsunami Chu-Hi uses yuzu (Japanese citrus) and orange juice instead of lemon juice. This is a refreshing cocktail that lends itself well to patio dining.” The Tsunami Chu-Hi is just one way to enjoy Tsunami’s namesake spirit, and it’s perfectly at home on an adventurous and authentic menu.

“Shochu is something that many Utahns are not familiar with, and Tsunami is proud to offer the chance to try a locally made mugi-shochu.”

When Tsunami moved its headquarters to a new location with a room ideal for cultivating koji on rice for mugi-shochu, the opportunity was prime for Miller to lovingly craft this signature spirit. “We cooked the rice and Ethan worked his magic setting ‘The Koji Room’ to the temperature and humidity needed,” she says. “Once the koji was cultivated, Ethan transferred it to the distillery to create the finished product.”

The enthusiasm is mutual. “My friends at Tsunami have been helpful in bringing this about and dedicated a room to be the koji room at their headquarters,” Miller says. “It is a small, simple room that allows me to maintain the humidity and temperature while growing and cultivating the koji on their quality rice. I can only hope that if a bottle of Holystone Distilling Tsunami Shochu ended up in Japan, that a Toji (Master Distiller of Shochu) would enjoy it and call it ‘otsu-rui’ (‘the real thing’).”

Tsunami Shochu is currently available by the bottle at Holystone Distilling in Murray and by the glass at all five Tsunami Sushi locations.