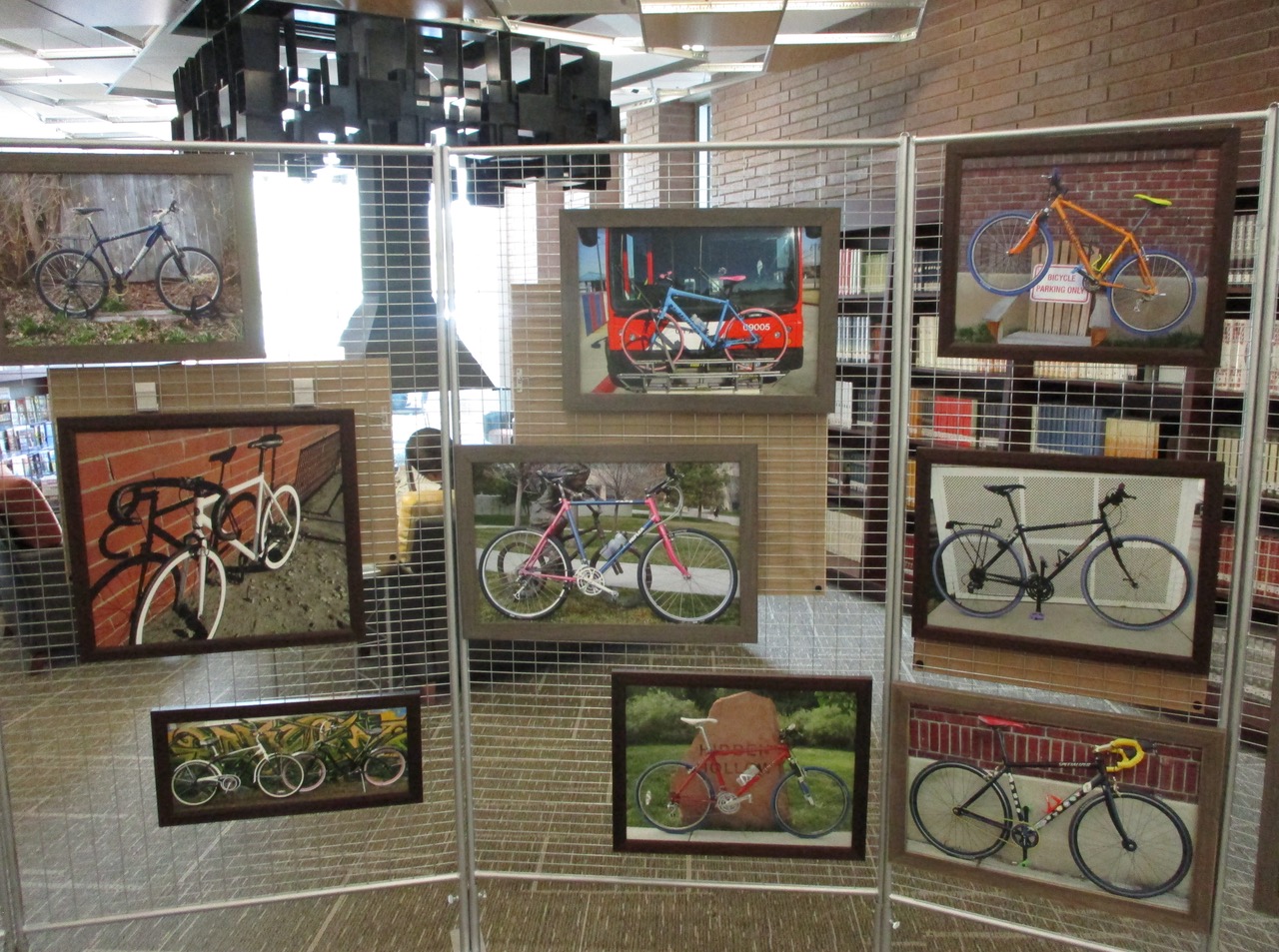 There’s no better time than Bike month to renew our inventory of Salt Lake City’s legendary people—so let’s highlight William Athey, writer, record-store warrior, public servant and devoted bicycle philanthropist. Athey was once taking on SLUG assignments as the Music Editor through the ’90s alongside [then] photographer Angela H. Brown (now Executive Editor of SLUG Magazine, Executive Director Craft Lake City and a whole bunch of other cool things). As most SLUGsters do, Athey spent his younger years not just writing about music but living it by working at famed SLC record stores like Randy’s Records and the late, great Cosmic Aeroplane.

Throughout the decades of nurturing his passions, Athey has ultimately settled into his 15-year career working within the Salt Lake City Library system and, on the side, just about everything to do with bicycles that this valley has to offer. As is the path that most people go down to develop a bike obsession, Athey says, “Well, my car blew up, so I went and bought [something that isn’t a black-hole money pit] a bike.” That was over 20 years ago. Now the owner of a car once again, Athey is currently using his motorized means of transportation to get all of his newer bike purchases from their point of origin to the repair shop and into the hands of new owners.

From Biker to Bike Nerd

As addictions go, one bike turned into two bikes, then turned into five bikes and then turned into a small backyard business. What ended up happening to Athey was that he would discover and take home the city’s abandoned bicycles from places like estate sales or off the streets. This collection of machinery began a dialogue and eventual alliance with another backyard bicycle entrepreneur, bikeguyslc.com, whose sole role was/is to get these bikes back in working condition and back in the hands of loving owners. To those unaware, The Bike Guy is certified to the teeth in more bicycle repair/maintenance qualifications than one can name. He runs all of his endeavors out of a mobile location and his backyard for an affordable price—a match made in bike heaven.

Once these bikes are revived, they are given back to Athey on consignment, where he sells them on sites like Craigslist and the two split the profit. The thing is that once someone sells products out of love, they need to make it marketable. For Athey, this became an art project built out of finding the colors and ambiance that create a proper advertisement for bicycles. “It’s just what I come across,” says Athey. “In some cases, the background calls out to the bike that I’m riding—I’ll stop and shoot a photo in that moment. Here’s the deal if I’m going to sell a bike: It seems to me that if I get the right photo, the bike sells faster.” He’s not wrong.

What comes from the “wanted” ads Athey puts out to obtain bikes to work on, are images that encapsulates their beauty in urban nature. This Craigslist venture became the anchor in which Athey began showcasing his art of this sub-culture. Already having a working relationship with the Salt Lake City Library, it wasn’t hard for him to get an exhibit of his bike photos featured during Bike Month at the Downtown Library last year.

As the exhibit last year was Athey’s debut as an artist displaying his work for the world to see; his most recent exhibition is back just in time for Bike Month. This time however, his works are being featured at the Millcreek Community Library through the end of the month. It also just so happens that the Millcreek Community Library is Athey’s current stomping ground as an employee in the library system. He’s also stated that he’s not actively searching to have his work shown on display in any other galleries throughout the city, but he’s all for it!

As he continues to grow his portfolio and sell his bikes, Athey is also in the process of getting his name out in the world of social media. With pages like Instagram and Facebook, his hopes are to be able to sell more bikes as well as getting his art on platforms with more reach than Craigslist or word-of-mouth, which is currently how he’s been conducting business. What’s more, Athey can be found all over the city taking photos or at work in the library.

One of the easiest ways to get a hold of him is just as simple as taking a trip to the Millcreek Community Library and bugging your local librarian! Until then, check him out at the exhibit. You just might be so on love that you ride away at the end of the month with your own new set of wheels! You can also find his images on his Flickr site.