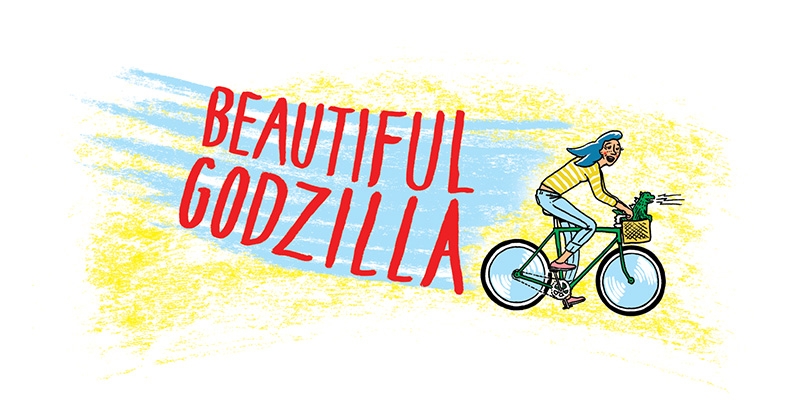 There aren’t a whole lot of female bicycle activists out there, so the moment I found out Sarai Snyder, founder of the website Girl Bike Love (girlbikelove.com) and the worldwide Cyclofemme ride (cyclofemme.com), was due to speak at the Utah Bike Summit on April 25, I knew I had to pick her brain. Snyder’s figured out, like many of us, that bicycles are a tool for female empowerment, but unlike many of us, she’s made herself a leader in the community so that others can benefit from her knowledge and slowly change the world, one lady cyclist at a time.

BG: What inspired you to start Girl Bike Love?
Snyder: I ran a bike shop for about four years and I just kind of recognized that, not only did I want to share my knowledge with women all over the place, but also, I really wanted to help bike shops. I really wanted to be a resource to help them make that connection with female cyclists.

BG: Can you remember the “aha!” moment you had when you realized what cycling was doing for you?
Snyder: I think it was kind of a gradual process for me … I’d always been a really creative person—I went to art school, I have like, an idea a minute, which is really dangerous—but the thing that riding a bike did for me was that it helped me to focus, and all of a sudden, I was able to really hone in on what I wanted to do, how I wanted to communicate better. I started to notice how riding a bike affected my relationships positively, connecting with people in my community more. Having the passion changed my life.

BG: You talk a lot about how, historically, bicycles served as a gateway to the emancipation of women starting in the 1800s. A lot has changed since then—how do bicycles empower the modern woman?
Snyder: The application has changed a little bit, but it’s still the same principle. It’s still independence, access, connectivity, mobility … independence from relying on a car or public transportation or other people for transportation. If you think about how many women are unable, especially single mothers, to afford a car, but they still need to get to work—the bicycle provides that potential. In a lot of areas it provides access to healthcare, economic development and access to resources you might not have otherwise.

BG: What challenges have you come across as a leader in the cycling world?
Snyder: I never really intended to be a leader … My passion inspired me to be where I am and to say the things that I say and to do the things that I do, but it’s not that I have the skills to be a leader. While I’m trying to share this message and work with other people and build this community, at the same time I have to teach myself these leadership skills, like public speaking— it’s scary! But it’s just something you have to do once you get put in this place. For me, I’ve been empowered by the bicycle to be a leader, to develop those skills and to be a voice.

BG: As an event organizer myself, I find it really difficult to get women to show up. I’ve tried everything from announcing slow rides, changing the time to accommodate as many people as possible, and I even started bringing treats to every ride, but they would always die off—what advice can you give to those of us trying to get women to events?
Snyder: I think a lot of women don’t quite figure it out for a while. You can’t always be like, “Well, this is going to change your life.” It’s usually a gentle message, ‘cause people are afraid to change their lives—empowerment’s kind of scary because it means that you have to do something.

I believe that Cyclofemme has been successful in keeping everything simple and easy, and not having a lot of rules and expectations. In general, women tend to be a little busier than men, and it’s not always that they don’t want to come, but they feel more of a responsibility with families and stuff like that. The important thing to remember is, as women, our gender is a very small part of who we are, so trying to create an event for all women related to riding bicycles, that makes it really hard because we’re not all the same—some of us have different interests … Remember that we’re cyclists, too, and that there’s going to be different types of rides that bring women together. I think that promoting the community aspect of it is really important, and making sure you give women a chance to connect on the ride, or after the ride or before the ride. It takes time, too—you have to be committed to it. Once that community starts to develop, it’ll flourish on its own.

BG: One of my favorite parts of the Cyclofemme ride is the pledge everyone signs: “I swear to invest my energy, strength and passion to inspire one more woman to ride a bike…” What inspired you to create it, and why is the pledge important?
Snyder: The one thing that you can say, generally speaking, about women, is that we’re social creatures, and when we start getting involved in something that we’re passionate about, we tend to want to bring someone with us. I believe that female cyclists are generally created in groups of two or more—it’s kind of rare for a woman to decide that she wants to start something new and then go at it by herself—so I guess the pledge was encouraging that a little more, and using the social skills that we have and saying, “This really can make a difference. This isn’t just you wanting to bring your friend along, this is making a difference in the world.”

This year, what we’re working on right now, is having the pledge translated into as many languages as possible, so right now it’s in English, Spanish, French and Chinese.

BG: What can we expect to hear from you at the Bike Summit?
Snyder: The title of the presentation is “The Power of the Pedal.” I feel like in advocacy a lot of times, we get so busy thinking about safety and infrastructure and funding and working with the government to get the resources that we need, but sometimes we forget that getting more people involved is one of the main things that’s going to help us in getting those things that we need, and the way we get more people involved is in telling better stories. So, I’m going to tell some stories and I hope that other people are going to tell me some stories.

BG: Where do you think you’d be without the bicycle?
Snyder: I’d probably be an entrepreneur doing something else, I’ve always been an entrepreneur—I used to have my own business designing and making clothes, but I don’t think I’d be nearly as driven. The issue I always had with designing clothes and with drawing, which is what I went to school for, I just wanted to do something that had a positive impact on my community, and I never felt like those things in themselves were powerful. So, I don’t know where I would be without the bicycle—walking, probably.

You all know how I feel about walking … Register to attend the Utah Bike Summit and hear Sarai Snyder’s “The Power of the Pedal” in person by going to utahbikes.org. Salt Lake has its own Cyclofemme ride, organized by Christy Jensen, on May 10 at noon leaving from Saturday Cycles. It’s an all-inclusive ride, for all levels, and refreshments will be provided at the end. I would also like to invite all the ladies of the cycling community to a special “Bad Girls” ride on Saturday, April 26 at noon, meeting at Mestizo Coffeehouse. Details over at saltyspokes.wordpress.com—this is one you won’t wanna miss.