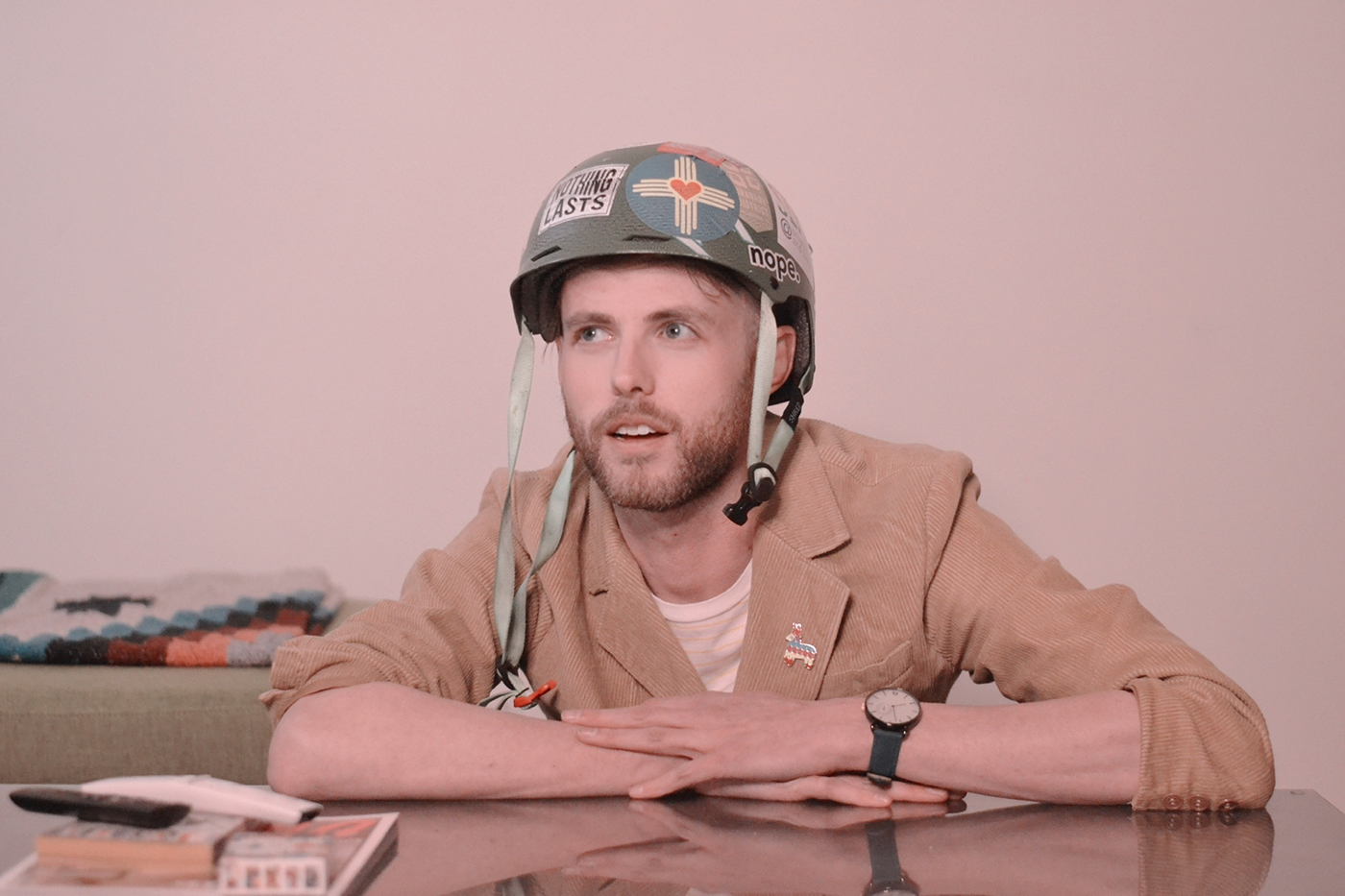 Music To Cruise It: Brian MaWhinney On The Perfect Cycling Playlist

Sometimes, it’s nice to make your way through the city and take in the sounds around you—the traffic, the wind, the noises coming off of the innumerable construction sites. However, it can be even nicer to craft your own personal soundtrack to your ride. Brian MaWhinney, a local cyclist and affiliate of the arts collective Bad Bad Bananas, is a seasoned vet when it comes to the unique art of crafting perfect playlists for city biking.

MaWhinney wasn’t an avid cyclist until fairly recently, finding his groove with the activity when it offered a unique solace after a breakup. “I had a friend who was in a similar situation,” he says. “She had taken up biking, and it just improved her mood. It saved me a lot of times.” From here, his love for cycling has only grown, to the point that it’s one of his primary modes of transportation (trying to “bike everywhere that’s feasible”). He logs roughly 50 miles a week on a bike.

“I feel like, probably in the past two years, I would say 50% of my friends I know through our biking community.”

Outside of the initial social connection that bred MaWhinney’s love of biking, he’s found that growing as a cyclist has introduced him to a tight-knit community of fellow riders. “I feel like, probably in the past two years, I would say 50% of my friends I know through our biking community,” he says. Chief among these is the Bad Bad Bananas group, a collective of local artists centered on the support of queer people of color and nonbinary artists. In the words of Bad Bad Bananas co-founder and fellow cyclist Kayla Porter, “Our collective was formed in 2019 when friends and coworkers of mine started writing a screenplay together for a web series idea we had about queer people of color living in Salt Lake.”

From here, Porter and their collaborators—MaWhinney among them—sought out a studio space in the Macaroni Flats building Downtown and began planning their first event, a proposed 4/20 party. Obviously, ye olde global pandemic threw a wrench into the logistics of the event. Bad Bad Bananas have shifted to hosting the event to be an open digital party, at which point the collective’s first T-shirt will also be available for online order. While the shift is not ideal, Porter is hopeful about the event and the future of Bad Bad Bananas at large.

“We always wanted Bad Bad to be a collective of creative energy that starts here in our home, Salt Lake City, and goes as far as our message would take us.”

“We always wanted Bad Bad to be a collective of creative energy that starts here in our home, Salt Lake City, and goes as far as our message would take us,” Porter says. “There hasn’t ever been a limit to what we could do or who we could be, we just knew we had to start somewhere and we would figure the rest out eventually.” [Ed: In the print version of this article, the previous quote is incorrectly attributed to MaWhinney]

One of Bad Bad Bananas’ running projects is their curation of specialized playlists. To date, most of these revolve around specific zodiac signs, but they plan to branch out in the future. While MaWhinney’s formal background in music is limited—outside of 12 years of piano lessons, “what every good Mormon boy does,” he says—he’s been a lifelong fanatic and music nerd.

“[Listening to music] used to be something I enjoyed a lot while driving, but … I’ve really fallen out of love with driving,” he says. “I have a little JBL speaker, and I’ll put that on my backpack or my jeans and bike around. [Ed: The smart biker opts for a non-headphone listening option while biking.] It’s a good way for me to discover new music. It makes me bike fast. If I need to clear my head, instead of going for a long drive, I’ll clip on my speaker, get on my bike and just ride around.”

Below, find a special playlist that MaWhinney has curated for SLUG’s Bike Issue. If you’re new to the world of bike playlists, let this be your starter kit. From the driving rhythms of NEU! to urgent and belligerent, live Talking Heads recordings, Mitski and Hot Chip’s synth-lead art-pop to the feel-good hip-hop of Joey Purp and Little Simz, MaWhinney has provided us a colorful and eclectic how-to in the art of bike-friendly playlists. Keep an eye out on Bad Bad Bananas’ Instagram (@badbadbananas), as well for information about future events, including the potential for group rides around the city.