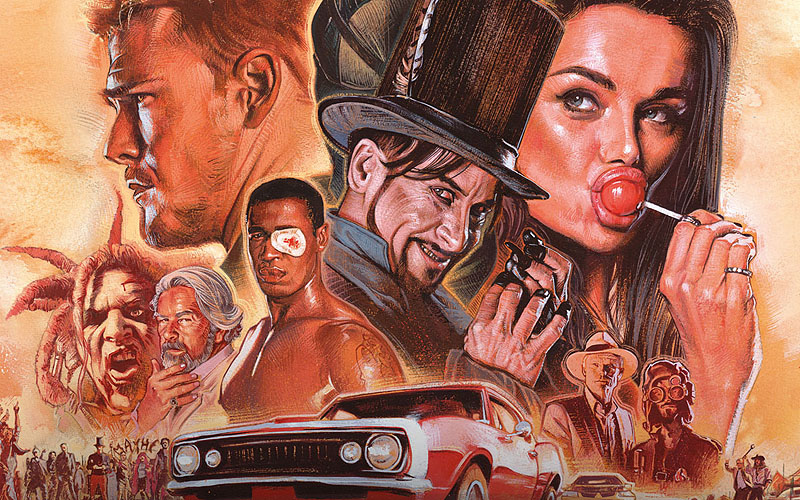 Are we living in the end times? Yeah, probably—what are you going to do about it? Rage against the dying of the light and/or the Machine? Sorry, neither Dylan Thomas nor Zack de la Rocha are going to save your ass from annihilation.

Better to just binge some apocalypse-centric TV shows while waiting for the end of civilization—and there are plenty to choose from. While the genre is currently dominated by The Walking Dead, Fear the Walking Dead, Talking Dead and the like, there are other end-of-days series out there in the streamverse that are more fun, or think-ier, or at least somewhat sanitary (take a moment to imagine what Rick Grimes’ facial hair smells like—organic beard oil it ain’t).

Here are nine apocalyptic TV series to binge while standing by for sweet oblivion: 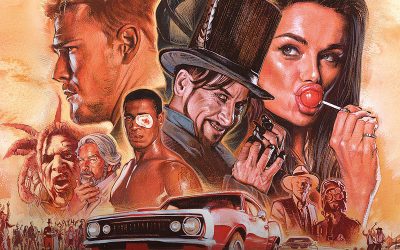 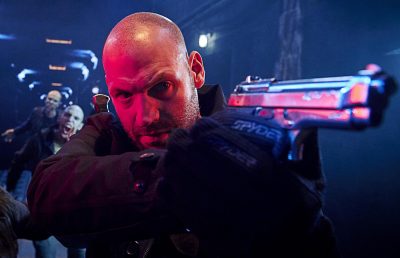 When it premiered in 2014, Guillermo del Toro and Chuck Hogan’s FX series The Strain had to face vampire fatigue in the wake of Twilight and True Blood. This was anything but a hunky-vamps show—The Strain’s bloodsuckers are creepy AF. When an international flight full of “dead” passengers and crew lands in New York City, CDC agents Goodweather (Corey Stoll) and Martinez (Mía Maestro) slowly decipher a grand conspiracy to transform Earth into Planet Vampire, and NYC is ground zero. Spoiler: They succeed. 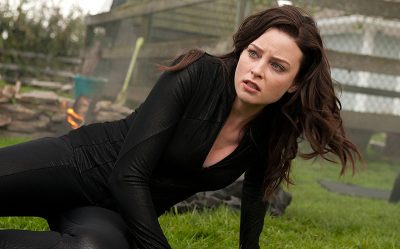 In the year 2077, the world is ruled by a corporate oligarchy in a constantly surveilled police state, and most everyone is cool with it—including Vancouver cop Kiera (Rachel Nichols). But when Liber8, a cleverly named group of time-traveling terrorists go back to 2012 to stop the rise of the corporatocracy, it’s up to Kiera to chase and stop them … or reevaluate everything she thinks she knows. Continuum’s brain-bending rules of cause-and-effect are as detailed as they are occasionally confusing, but time-travel geeks should be enthralled. 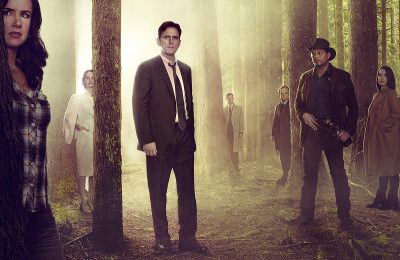 Like CBS’ sorta-similar Under the Dome, 2015’s Wayward Pines was meant to be a single-season Fox summer series with a conclusion—neither network kept their word. Matt Dillon stars as a Secret Service agent who, after a car crash, winds up in Wayward Pines, a charming Idaho town with no roads or and with communication out (all the phones are landlines!). Disorienting weirdness and escalating clues that Wayward Pines may be a governmental human terrarium ensue. M. Night Shyamalan nailed Season 1; don’t even bother with Season 2. 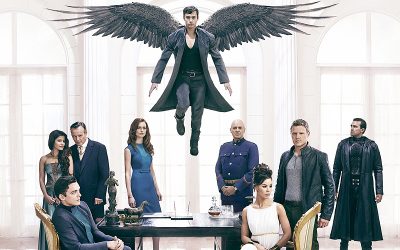 Dominion (Seasons 1–2 on Amazon and iTunes)

In 2014, Syfy already had a pricey, post-apocalyptic series on the air, the cowboys-and-aliens future-western Defiance, but Dominion was something darker and weirder. Based on rogue-angel movie mess Legion and set 25 years later, Dominion’s Earth was in ruins and terrorized by archangels bent on wiping out humans, who now live isolated in high-tech bunker cities like Vega (formerly Las Vegas). “Chosen One” plot nonsense aside, Dominion established an intriguing if over-acted, Game of Thrones–lite stratagem over 21 episodes. 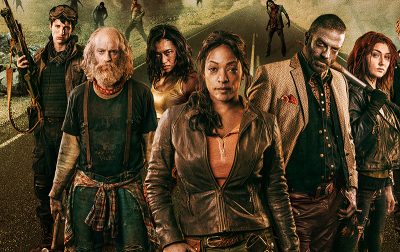 Syfy’s answer to The Walking Dead is meant to be a cheap, played-for-laughs misdirection—it was the audience who fucked up in taking it seriously when it debuted in 2014 (c’mon, it’s produced by the Sharknado people). Three years after a zombie virus has ravaged the country, a ragtag band of survivors transport an ex-military test patient from New York to California for the possible formulation of an anti-zombie vaccine … and it just gets more ridiculous from there. Z Nation: the fun, road-trippin’ side of the zombie apocalypse. 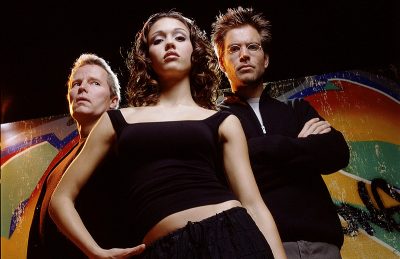 The series that brought us future Honey star Jessica Alba, 2000’s Dark Angel! Fox laid out truckloads of cash for James Cameron’s futuristic dystopia—set in 2009!—and it shows in every frame of the spectacular two-hour pilot episode. An electromagnetic pulse bomb has turned ’Murica into a computer-less mess, and genetically engineered warrior Max (Alba) is on the lam from the military, undercover as a bike messenger and, of course, master thief. After a killer start, Dark Angel lost the plot (and the budget), but oh, what could have been. 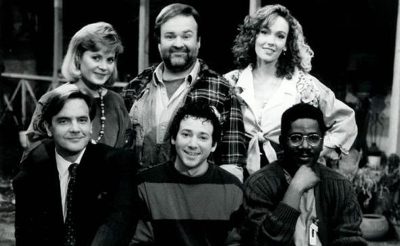 On the other end of the Fox money scale, there’s 1992’s Woops!, the conceptual ancestor of the network’s more recent—and far better—Last Man on Earth. After a nuclear warhead is accidentally launched during a military parade (paying attention, Mr. President?), the world is blow’d up, and only six survivors (including eventual Sex & The City and Californication star Evan Handler) are left to rebuild humanity—too bad they’re all morons. The “post-apocalyptic Gilligan’s Island” actually aired 10 episodes, because what else was on in ’92? 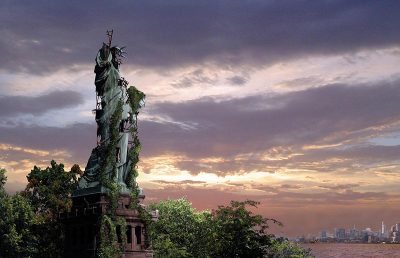 Life After People (Seasons 1–2 on History.com and History app)

So, we’re gone—what happens to the planet and all the stuff we leave behind? Scientists, engineers and other experts postulate all manner of crazy shit in Life After People, a 22-episode History Channel series that imagines a depopulated Earth. Rats take over Las Vegas! Structures fall apart! War arsenals self-destruct! Supermarket inventories rot! Cities flood! Animals and vegetation run wild! Worst of all, solar-powered radio stations broadcast “Hotel California” eternally! Life After People is quite soothing, actually—bring on The End.