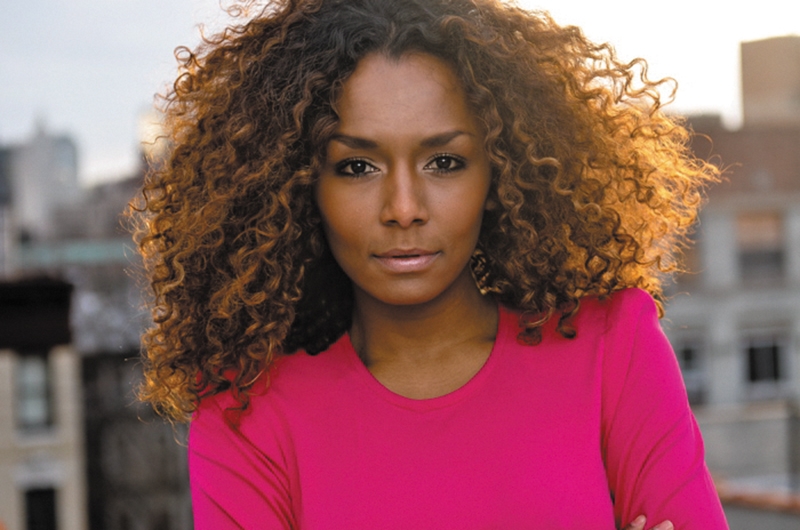 As a New York Times best-selling author, pop culture television host and Beyoncé expert, Janet Mock is one of the leading trans rights activists of today. Mock’s 2014 memoir, Redefining Realness: My Path to Womanhood, Identity, Love & So Much More, prompted a larger conversation about identity and how trans women can talk about their own experiences without fear. Now, her voice is being heard and can be found on bookshelves and across social media. This June 4–7, Mock will be Grand Marshal at the Utah Pride Center’s 2015 Utah Pride Festival, where she will work with Utah’s LGBTQ community to further the conversation about inclusivity and authenticity.

Since Mock first told her story in a Marie Claire article in 2011, in which she describes her early life and transition, she’s been an advocate for those who don’t feel as though they fit in the strict social status quo of cis gender expectations. More than a list of credentials, “I would describe myself as a storyteller,” she says. “I hope, through living my own truth and sharing my truth, that I encourage others within and outside our community to help share their stories and truth.” By sharing her personal story, Mock urges others to break the silence, to join her in a chorus of sisterhood and write themselves into history with her. “We know the power of the written word extends our lifetimes,” she says, “so I hope that some little girl from the future will be able to have access to the story and sees herself and realize that she deserves a voice and deserves to be seen.”

“Realness” and womanhood are two of Mock’s focuses from Redefining Realness and are part of her philosophy for helping others find themselves and their voices. Mock views womanhood as a kaleidoscope that “looks different for all of us,” she says. Furthermore, these terms are tools for self-discovery and self-definition. Using a term that is rooted in LGBTQ communities of color, Mock says that “‘realness,’ for me, is all about ‘what is authentic to you is what the truth is.’ That’s the realest thing—whatever you say is real for you. … For me, it wasn’t so much about wanting to blend in or pass as something [that] people said that I should be, but more about my own lens and definitions and what that means for myself.”

Though media coverage of trans suicides and murders tends to be biased toward whiteness and privilege, pop culture is making progress in representation of gender identity and race in the forefront of the mainstream media. On MSNBC’s So POPular!, Mock invites people to talk about these issues. “Whiteness is something that’s more privileged in the mainstream media landscape,” Mock says, “so if there’s a trans woman of color who is murdered versus a young, [white] trans woman who commits suicide, the more ‘tragic’ story, according to our system that largely privileges whiteness, will likely go with the story that would reach a larger audience.” Mock says that trans visibility in pop culture is “pushing us to have a larger cultural conversation around what it means to be different and to speak across difference to live as someone who is trans, of color, or both.” Additionally, Mock believes that we must provide support to those who are suffering and remind them that “nothing is wrong with you, [and] how you know and who you see yourself to be is correct and right.”

In 2012, Mock created the campaign #GirlsLikeUs on Twitter, which she says is a space that she felt trans women needed “to feel a bit safer so they could connect and release themselves from the isolation that comes from a culture that says we shouldn’t step outside of our homes, shouldn’t be seen. I wanted this safe space to be created for trans women to connect with one another, [and to] share their resources and their stories.” Thousands of trans women use the hashtag, and it has become “a space of celebration and a space for sisterhood,” Mock says. In addition to helping each other, Mock advises that LGBTQ allies––those in the majority with privilege––should use their social advantages to educate themselves and “speak up in spaces in which conversations could be transphobic, racist or homophobic,” Mock says. She feels passionately that advocates for progress and inclusivity must “work with people in coalition, partnership and solidarity. Moreover, advocate and educate for marginalized people who are always tasked of doing that work.”

This year, the Utah Pride Festival has the great honor of having Janet Mock as their Grand Marshal. The Pride movement, which originates from the trans- and queer-led Stonewall Riots in 1969, is now celebratory in nature. Mock hopes “that one day, the parade and these Pride movements realize and anchor themselves in that resistance,” she says. Mock accepted the invitation and hopes to bring people on the right side of history by focusing on people embracing who they are and ensuring that everyone has a right to their authenticity and right to live openly, freely and safely.

Follow @janetmock on Twitter and at janetmock.com. For more information on the Pride Festival and the Utah Pride Center, visit utahpridecenter.org. For more resources, please visit translifeline.org and teaofutah.org.