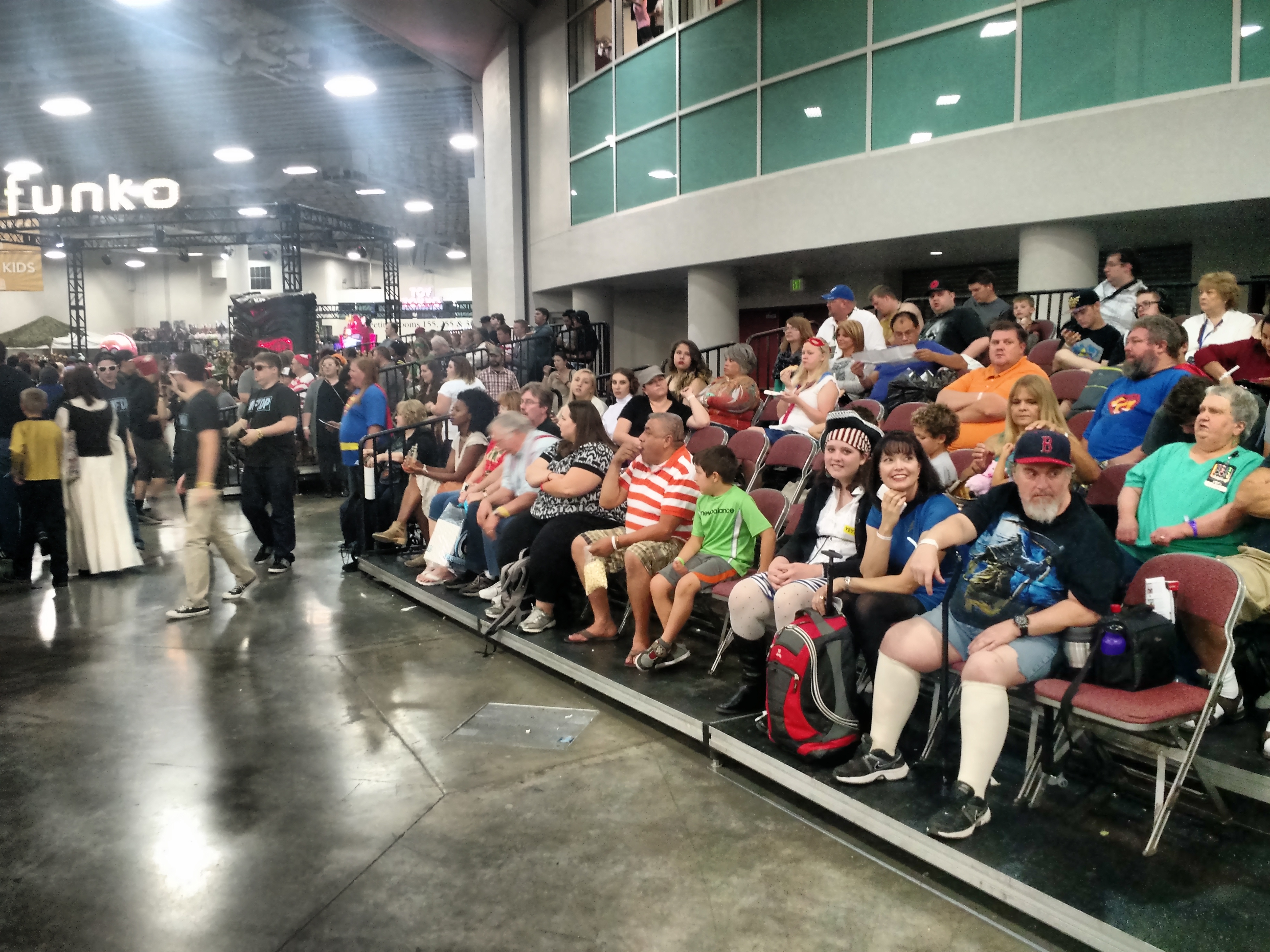 The people watching bleachers at SLCC2015

People watching may be my favorite part of Salt Lake Comic Con. Nothing quite compares to the sheer variety of human beings on display at the Salt Lake Convention Center this weekend. For my dollar, the crowd can be even more interesting than the vendors and booths. But posts full of cosplay pictures are a dime a dozen—we’ve all seen what a Poison Ivy cosplay looks like, am I wrong? So instead let’s take an auditory stroll across the convention floor. Start up a conversation with a vendor, or pretend your attention is elsewhere and do some harmless eavesdropping. People Watching is so 2014. This year it’s all about People Listening.

On ”Robotix” – a plastic Erector Set-style scifi building toy:
“It’s a ’90s thing, you know, so it’s ripe for revitalization. What I wanna do is rebuild them with Arduinos and Raspberry Pi’s and lithium ion batteries. So sick.”

To a young man admiring a bust of Predator’s head:
“No, it’s petroleum based. So … don’t lick it.”

Pre-teen dressed as Superman, yelling at his mother, a tired looking Wonderwoman:
“But that’s not fair, I want TEN Superman things!”

Between myself and the Episode VII Storm Trooper helmet vendor:
“Can I hold it?”
“Well, I’ve got to keep my hands on it, but…”
“Ok no problem.”
“No, but, go ahead and touch it!”
“I see that it’s plastic, I don’t really need to–”
“Touch it!”

At the video game cosplay meet-up:
“I looked into 3D printing the Mythoclast, but it was like $900.”
“Whoa.”
“Yeah. So I have a friend who does laser wood cutting and I sent him a picture and this is what he came up with. These plastic pieces I glued on myself.”
“It looks dope.”
“Thanks, and then I just painted it and yeah, probably cost me $20 in the end.”