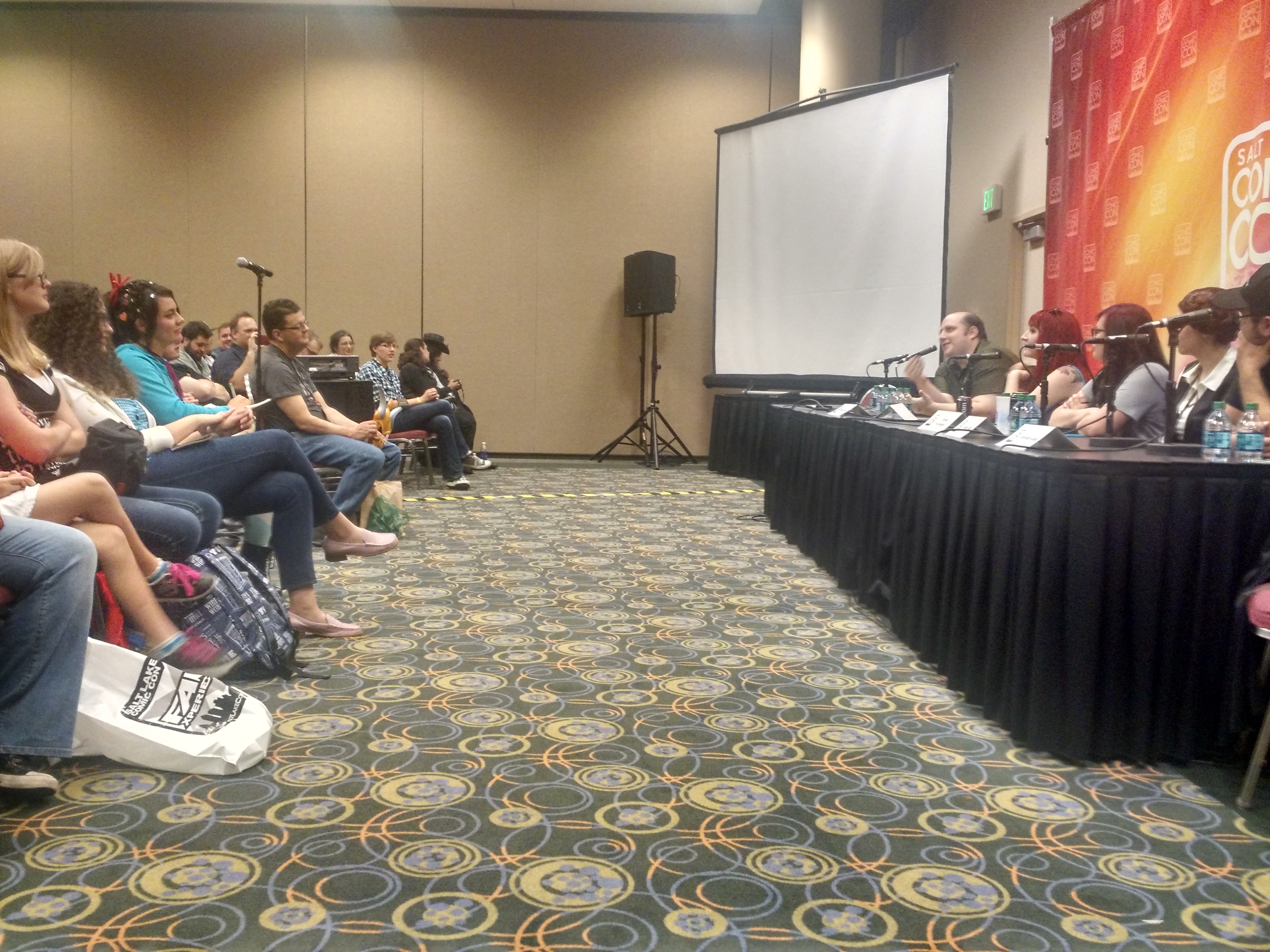 The Women of Marvel panel at this year’s Salt Lake Comic Con aimed to, and I quote, “discuss the women of Marvel and what it means for their future.” Nevermind finding a referent for that “it,” there isn’t one in the panel summary, and there wasn’t one at the event either. Maybe that’s a little harsh of me, but the problem that became pretty clear about halfway through the panel was that despite some potentially interesting talking points being thrown around, everything is basically copacetic in the Marvel Universe. If anything, Marvel (like any good sci-fi/fantasy entertainment outlet) is just a smidge ahead of the cultural curve in its representation of women as full-fledged human beings.

Yes, female comic book characters often have big breasts and nice asses and the men often have huge arms and washboard abs because a super hero is an ideal, and in this time and place, attractive, fit bodies are the physical component of that ideal.

Yes, Black Widow has dated a few of the Avengers—but if anyone is calling her a slut for this, it’s not Marvel. Virtually all modern humans in the developed world have multiple romantic interests over the course of their lives. The sexist thing would be to apply the expectation of virtuous celibacy or monogamy to a character simply because they are a woman. Superheroes just happen to have the added benefit of being immortal and ageless, which gives them even more time to occasionally get frisky.

In fact, the only time I’ve ever heard someone call Black Widow a slut was today at the panel. Maybe I don’t frequent the right message boards or something. Maybe I don’t know the “right” people. After 50 minutes of what felt like a choir preaching to itself about modern gender equality givens, my takeaway was that, now more than ever, as a niche cultural group, we’ve made progress.

A panel like this is valuable as a kind of spot check: we kick the tires, we take a step back, we make sure everything is progressing toward a more perfect equality, and when we find that it is, at least it only took up an hour of our time. –Jesse Hawlish