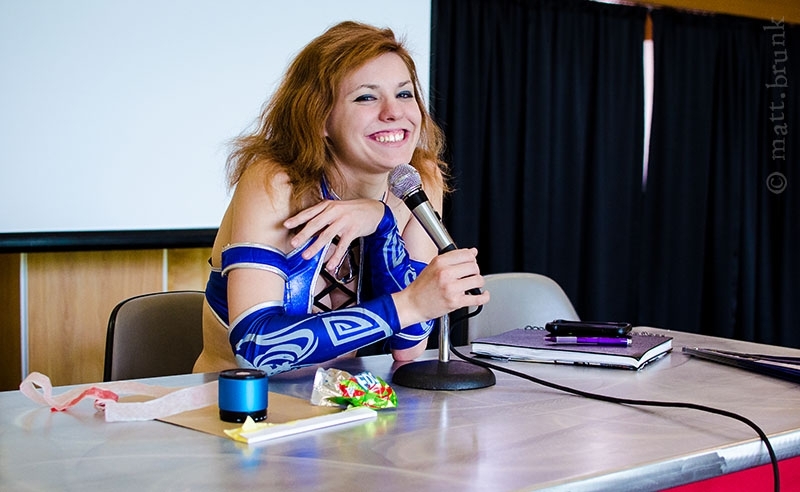 Let’s face it–Major League Gaming sucks. Everywhere you looked at Salt Fest, there was a gaggle of geeks wrapped up in tournaments for triple-a titles that we’ve all seen before. These tournament-style events make for a nice sideshow, but if I’ve learned anything from the last two days, nobody comes to a convention to watch somebody else play video games. Hell, if I can just stay home, stream all the tournaments on Twitch, get superior coverage of the convention and save myself 25 dollars, why should I bother going?Salt Fest 2014 was all anarchy and no energy. Nobody knew what was going on, but nobody knew about the event in the first place. The schedule changed from moment to moment, so even the panels I actually wanted to see were mostly canceled. The only way to make back those 25 bucks was to play 100 free games of Battletoads. Who wants to pay that kind of money to watch a bunch of gamers be sad and socially isolated in broad daylight?

I had barely walked in the door when the first wave of depression set in. At the conference room that had been set aside for panel discussions for the day, I was looking at the Sunday schedule. I peeked inside, only to discover row upon row of empty chairs. A bored-looking girl in a Kitana costume sat in front of a microphone. The panel was called “Wigs and Costumes” and it had started 30 minutes before I showed up. It felt like I was at a goddamn funeral.

A handful of ennui-infected geeks diffidently stalked the main hall, occasionally stopping at one of the five booths that were still set up. The ballroom was mostly empty tables, with a couple of artist booths and a smattering of Super Smash Bros. Brawl players shunted off to the side. Aside from the occasional scream of delight or defeat, there was no indication of what was going on in their tournament. It may as well have been an absurdist commentary on the failed spectacle that was rapidly crumbling around them.Fortunately, two local indie game teams were bravely featuring their new projects in adjacent booths. These guys had some serious dedication–it’s easy to get hyped about your work when there are people swarming your booth, but you’ve got to have guts to keep pitching your project when nobody is around to see it. These fellows were some of the warmest and most welcoming exhibitors at Salt Fest, and without them, the entire day would have been a complete bust.