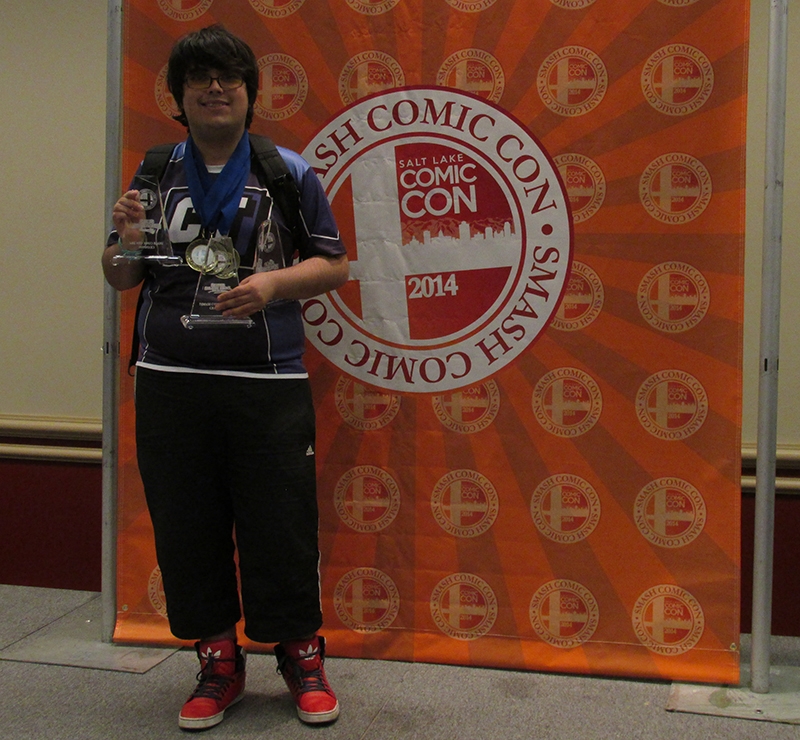 he Smash Con finals went by ridiculously quickly, mostly due to the player’s speed in the game.

The Smash Con finals went by ridiculously quickly, mostly due to the player’s speed in the game. As I watched some of the final matches, all I could think was, “Man, the characters on the screen look cracked out.” I assumed that there was some way to up the speed setting somehow, but no—these kids just move around the field at some pretty intense speeds. These guys are so dedicated, they play on an old CRT television to cut down on the lag between button presses on the controller and the characters on screen. That’s dedication my friends, the difference is usually only a quarter of a second, but it’s enough to throw off a combo completely. The winner of all three tournaments was from Clash Tournaments, ZeRo. This kid has been playing competitively since he was eight or nine years old. He happened to see a sign in one of the local gaming shops, advertising a regionals tournament. He thought, “Why not? I could probably take those guys.”He finished 17th out of 64 in his first tournament, and second in his next singles tournament a month later. He’s got some mad Super Smash skills which also got him first place in the recent E3 tournament Nintendo held for the new Super Smash Brothers game. Normally, no one cares about second or third place, but I’d like to recognize the local winners as well. For our scene, the kids to watch are Sinz, who plays with Gamer’s Abbey, and Perfect Chaos. These guys finished second only to one of the best players in the nation, so they feel pretty good about that. Sinz is actually one of the top players here in Utah so he’s one to watch, if you’re into this whole e-sports scene. Smash Con is over for now, but if you want to watch the finals, they’re up on Twitch.