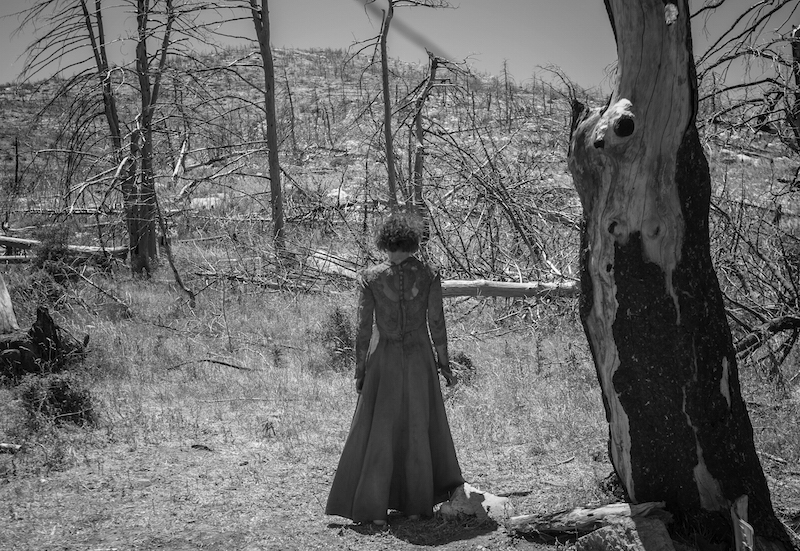 In an industry dominated by bigger-than-Mount Olympus budgets pumping out the same predictable junk year after year, it takes a mighty vision to truly horrify with cinema these days. Cue Alpha: a modern dystopian tale from the birthplace of democracy, inspired by one of ancient Greece’s archetypal myths—Sophocles’ Antigone. Shot in stunning black and white, Alpha begins with a tense confrontation between a woman (Serafita Gregoriadou), peering with one eye from behind a cracked-open door, and a fugitive man. She refuses to give him refuge. The first act follows the man’s terrifying and futile flight from a gas-masked gang in a bleak urban setting, shot in first-person perspective to a dizzying effect. The woman paces around her home, followed by the camera in an almost voyeuristic way, until she’s captured by the same authoritarian thugs, who take her to a burnt and desolate forest where she’s forced to sit under the man, her brother, unable to bury him. Alpha goes beyond the scope of cinema alone, to include live performances by a string quartet, actor and chorus in some settings, investigating the question posed long ago by Sophacles: Is human law, Justice? –Christian Schultz