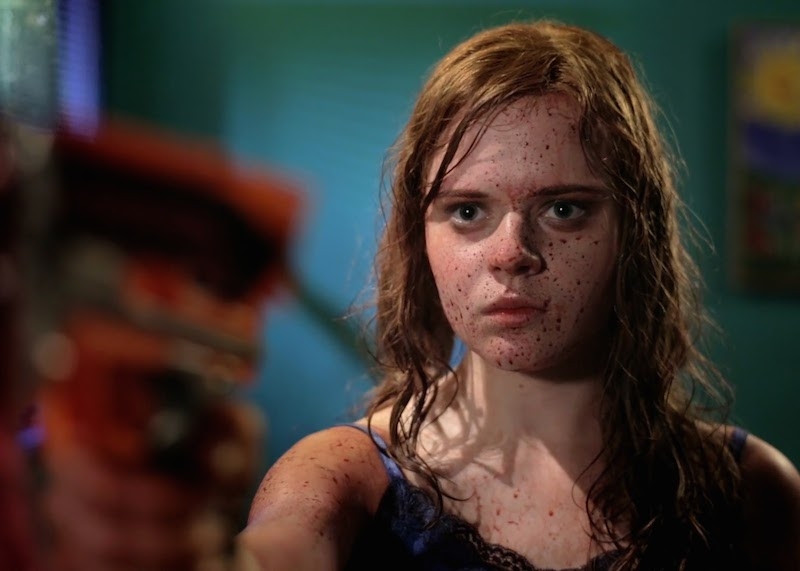 After her boyfriend Robert (Vincent Martella) dies in a freak accident—while she’s trying to break up with him—high school senior Fern (Jennifer Laporte) attempts to deal with her loss and get back to training in an attempt to snag a track scholarship to MIT. But when she starts getting visits from Robert’s ghost, things get a little weird for her … and when Robert starts wanting to kill her so they can be together forever, Fern decides to get some help from a local ghost hunter—who turns out to be her high school track coach (Alicia Monet Caldwell). Once Robert realizes that he can’t take Fern down on his own, he enlists the help of his fellow graveyard ghosts to wage battle against the living at Fern’s upcoming track meet—but, with the help of her friends, family and coach Valeria, Fern is ready to fight for her life. In this extraordinary tribute to ’80s horror, director Michael Steves will make you laugh till you die. Laporte wholly captures the epitome of fleeting, young love, and Martella is just awkward enough while alive to be hardcore creepy and borderline terrifying once dead. Also, as a side note, Caldwell’s rad hair should’ve had its own credit at the end of the film—just saying. Gather up a few buckets of blood and go see this film with someone you’re planning on breaking up with. #easethepain–John Ford