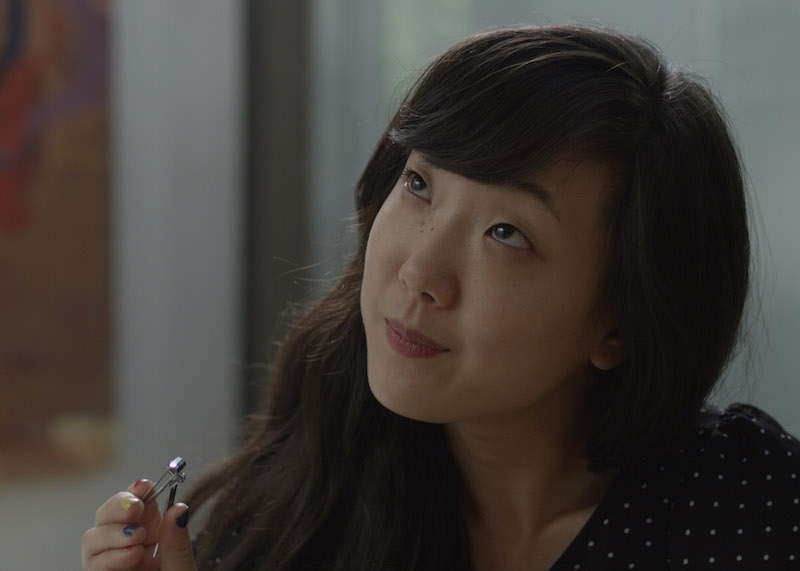 Phoebe Wong (Jennifer Kim) is this film’s female pervert—she’s awkward and lonely while being aggressively confident at the same time. Phoebe, a game developer and theremin hobbyist, has a knack for scaring guys away with her awkwardly aggressive sexual passes, plucking at a date’s armpit hair or snapping pics of them in her bathroom. She meets Allen (Joshua Mikel) in her Haruki Murakami book club, and he’s cool for a while, but turns out to be way uncool and kind of pretentious—“I like Murakami and all, but I would never, ever eat like his characters do,” he says. Her therapist likes questionable things on Facebook, and Phoebe doesn’t take her advice too seriously. Though the film deals with subjects of a sexual nature, Phoebe is perfectly drawn as an unlikeable yet confident character who’s assertive when it comes to her sexuality, poorly timed though it may be. Female Pervert is director/writer/musician/actress Jiyoung Lee’s second feature, and while the acting throughout is fairly campy, it’s a film that elicits as many grins as it does cringes. –Christian Schultz