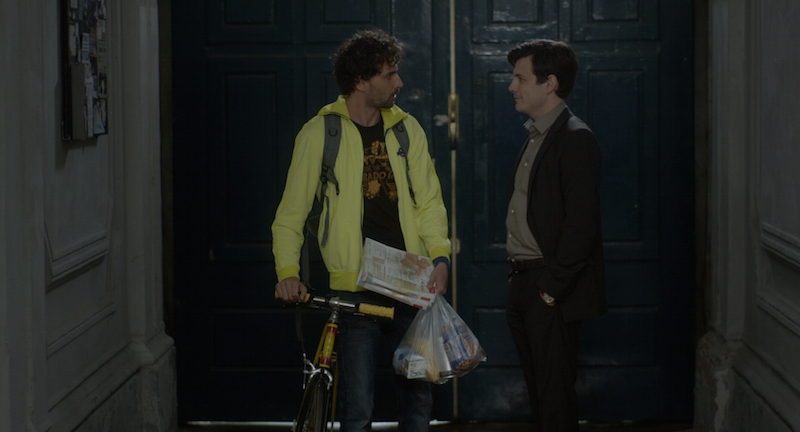 It’s a tale of two brothers in the Austrian comedy High Performance. Rudi’s a corporate professional, all business, while Daniel’s a bike-riding (aspiring) avant-garde theater actor, who isn’t that guy in the soda pop commercial, he insists. When Daniel’s asked by Rudi to help his new employee Nora, a rising star in the software development world, practice a presentation, he’s hesitant, mostly because Rudi is the type of guy who wouldn’t mind screwing over his own brother to elevate his business acumen. After first veiling the whole plan as a potential affair, Rudi’s scheme unfurls into something a bit worse; meanwhile, Daniel and Nora complicate things by falling for each other. What ensues is a sometimes subtle, sometimes not-so-subtle romp through modern day Vienna, featuring Daniel’s testy theater collective, his bananas-are-bad but white-dudes-with dreadlocks-are-cool hippie neighbors and overbearing, overachieving family, all of whom frustrate him without end. Though billed as a comedy, High Performance ends with Rudi and the corporate world on top, forecasting a bleak future for the artist archetype in the Daniel character. Laugh with it, but heed the warning signs of financial despair. –Christian Schultz