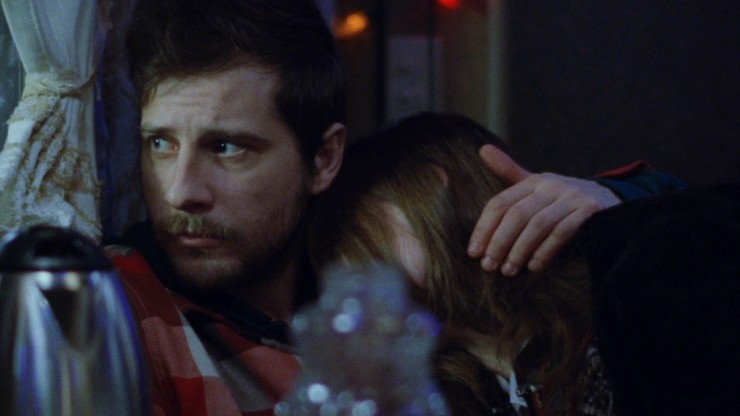 While there is value in creating cinema that captures the everyday human experience, Christmas, Again overshoots that mark by being so real that it’s boring. I’m not saying that every film needs to fill their spare moments with car chases, drug use, and automatic weapons, but at the very least, films should tell stories about interesting characters. It’s too bad, considering the idea of a disaffected Christmas tree salesman named Noel (Kentucker Audley) who slowly recovers his holiday spirit could make a great story. I suppose what makes this film aggravating to watch is the fact that there were so many opportunities to expand the narrative beyond the many extensive close-ups of Noel looking angsty or wistful. For example, the unconscious mystery woman (Hannah Gross) whom Noel rescues from freezing to death on a park bench would have been a good avenue to explore. Instead, the film shows us a series of fractured scenes that hint at the vague possibility of a love story between them. It’s possible that the film is ambiguous in order to encourage the audience to form their own conclusions, which isn’t necessarily a bad thing, but that sort of thing requires effort from an audience—and we don’t like spending effort figuring out characters that we don’t really care about.  –Alex Springer