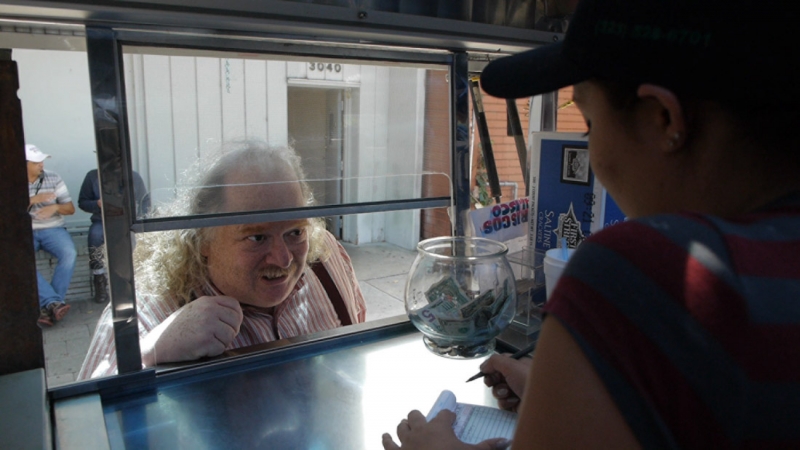 Among the world of food critics, Los Angeles native Jonathan Gold is something of a rock star. His time spent writing about his hometown’s vibrant and rapidly evolving food scene for the L.A. Times has been focused on the city’s culinary underdogs and earned a Pulitzer Prize in the process. City of Gold chronicles the career of this quietly rebellious food critic as he gleefully eschews the stereotypical snobbery that most food critics share. Gold prides himself on seeking out that hole-in-the-wall Vietnamese restaurant that has been using the same pho recipe for generations or the food truck that offers up tacos al pastore topped with sea urchin, and bringing their talents to the public’s attention. In addition to delving into Gold’s prolific career, the documentary also spends some time interviewing the restaurateurs who have used Gold’s positive buzz to expand their business and put their children through college. The only time the film really suffers is during a few half-hearted attempts to delve into Gold’s past work as a music journalist. Had these tangents been a little more thoughtfully integrated into the film’s narrative, it wouldn’t have felt so jarring. All the same, City of Gold is an excellent treatment of a talented critic’s passion for diverse food—and it comes equipped with a restaurant guide in the end credits to boot.  –Alex Springer