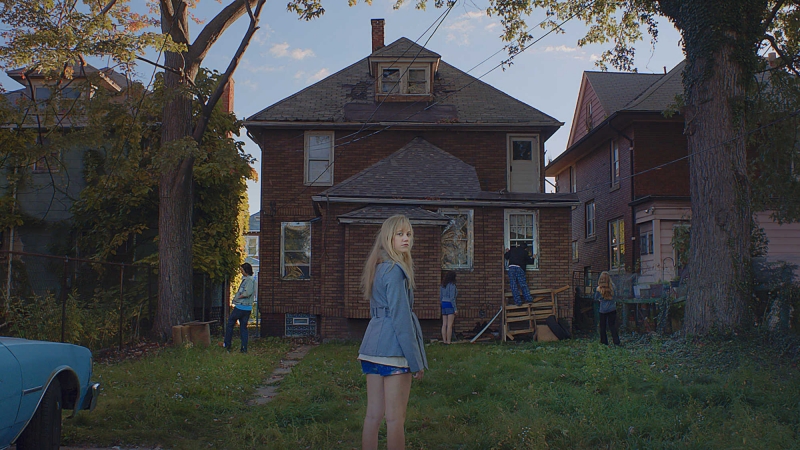 David Robert Mitchell’s It Follows cannily takes the torrential world of the contemporary American teenager and uses it to bring the horror film back to its visceral roots—those dirty little tendrils that obscure the collective fears of our modern society. Today’s teenagers live in a bigger, more accessible world — a world in which the idea of the masked boogeyman lurking in the backseat has become clichéd to the point of being used as a Geico commercial. This is a truth that Mitchell understands completely, and his dissection of the paranoia and emotional detachment that plagues our suburbs is the genesis of this fresh interpretation of the horror genre. Following a sexual encounter with an older man, Jay (Maika Monroe) finds that she is being followed by a malevolent entity that will only leave her alone if she sleeps with someone else. This terrifying scenario throws Jay and her friends into a nightmarish game of trying to keep one step ahead of the relentless creature. Cinematographer Michael Gioulakis captures the unyielding dread that permeates the narrative with wide shots that evoke the eerie perspective of a hunter stalking its prey. It Follows feels like a natural progression of the teenage horror film—one that uses the complexity of today’s young people as a canvas for some expertly-crafted, psychosexual drama.  -Alex Springer