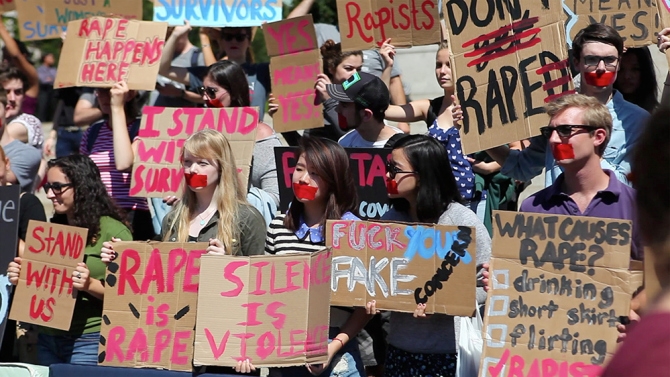 A documentary that digs deep into the toxic rape culture that exists on our country’s college campuses, The Hunting Ground should be required viewing for any stakeholder involved in college life. In true documentary fashion, the film cuts right to the bones of the issue with such laser-beam precision that it reveals an entire web of corruption that is especially salient considering the rash of victim-shaming that emerges when this issue is brought before many political leaders. Perhaps the most shocking part of this story is the implication that (perhaps because of financial or personal pressures) the presidents of these colleges seem to value the health and safety of their athletic programs above those of their other students. This implication is exemplified with the film’s brutally honest treatment of the accusations against Jameis Winston, the Florida State football quarterback who is entering the NFL draft this year. Though the bulk of the film focuses on articulating how colleges—we’re talking the heavy hitters like Harvard, Stanford and Berkeley—spend more of their resources on covering up these allegations than actually punishing the perpetrators, the stories of the survivors and their efforts to gain national traction and support leaves the audience with the feeling that things are slowly changing for the better.  -Alex Springer