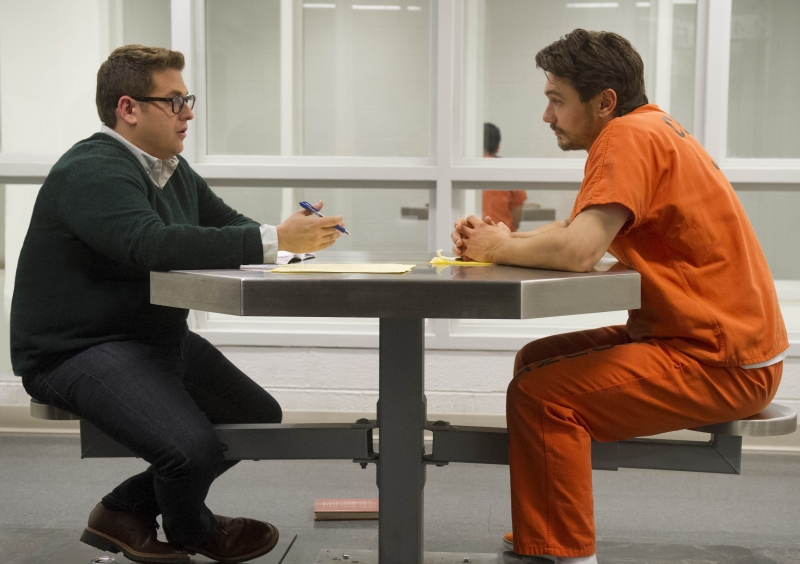 In 2002, two seemingly unrelated events brought Christian Longo (Jonah Hill) and Michael Finkel (James Franco) into each other’s lives. While Finkel was getting fired from a writing gig at the New York Times for fabricating details about a cover story, Longo had murdered his family and fled the country. When Longo was finally apprehended, he gave the authorities Finkel’s name as his own. Based on Finkel’s memoir, True Story unpacks the bizarre details surrounding Finkel’s and Longo’s relationship and offers a contemporary version of Truman Capote’s In Cold Blood. The terse chemistry between Finkel and Longo is gripping to watch—it’s never quite clear who is using whom until the film’s final moments. These two actors deftly play out their characters’ battle for psychological dominance—Hill makes us feel Finkel’s inner turmoil, and Franco’s cool detachment is both alienating and alluring. Some praises also need to be sung about Felicity Jones, who plays Finkel’s quietly badass fiancée Jill. The scene in which she slices through the character insulation that Longo has built up around himself is a beautiful show of pure indignation. –Alex Springer