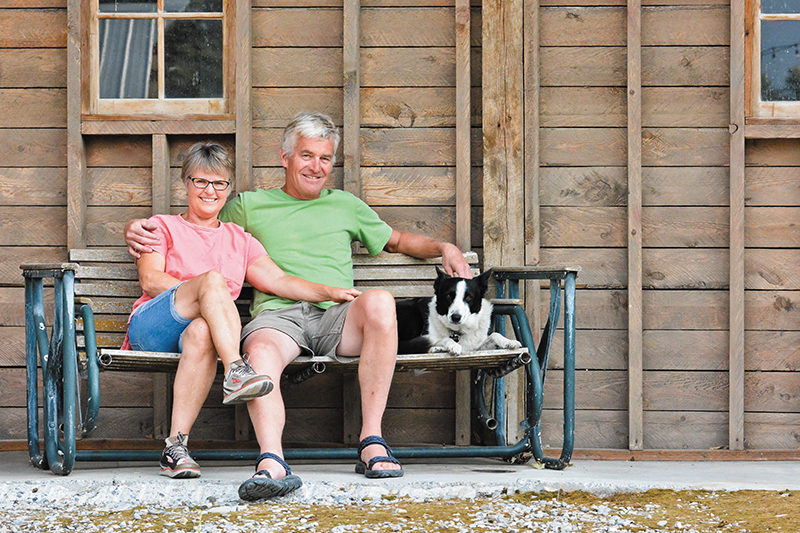 Living Off the Land with Rockhill Creamery: Utah’s Micro Dairy 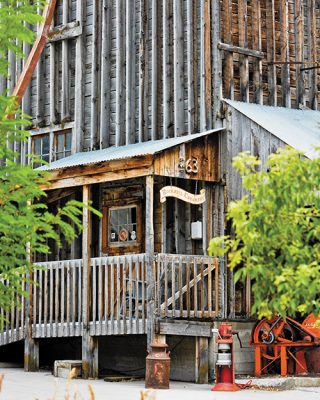 That was Jennifer Hines’ quick reply when asked if she had ever intended to own a farm, making artisanal, farmstead cheese. Hines and her husband Pete Schropp are the owners of Rockhill Creamery, located just south of the Idaho border in the town of Richmond, Utah. Neither of them had a farming background when the farm was purchased 31 years ago. Schropp was a man from St. Louis whose travels while working in the journalism field had instilled a fondness for the idea of owning a farm. Hines “married into the farm” two years later. They both pursued their full-time careers while Schropp slowly restored the historic farm, building by building.

As the farm was revitalized, they took on the work of raising calves for some of the local dairies, including the old Winder farm, but as that channel dried up (due to the buying out of small farms by larger ones), they started to think about alternative ways to utilize the farm. In 2000, the thought of making cheese took seed, and they spent the next five years working toward that goal. In January of 2005, they received their license to produce and sell cheese, and also picked up their first retail customer: Liberty Heights Fresh of Salt Lake City.

“We had a business plan built around six cows, which is ridiculous,” Hines says—the idea of having a business model of such small scale being sustainable was somewhat unrealistic. “We call it a micro dairy due to its size, and at the time that we started making cheese, microbreweries were popular.” Her husband can often be found in the garage at the end of the day, working on one of his motorcycles (or watching YouTube videos about motorcycles) while drinking a local craft beer. Despite the seemingly unfeasible small scale, 12 years later, they are still going strong. In 2009, they were approached by Abigail Pfunder, who wanted to learn more about making cheese. They had a small room above the creamery that was transformed into a small living quarters, and with that, Pfunder had unintentionally created their internship program (now an “apprenticeship”). Since 2009, they’ve had at least a dozen different apprentices, whose backgrounds range from cheese-industry workers to pre-vet students. One participant in this program, designer Steven Ralph Jerman, has gone on to use his knowledge to create the inaugural Utah Cheese Awards Expo Fest, which will take place on Oct. 28. The apprenticeship is not some easy life of wistfully spending a few hours a day making cheese and then relaxing with a glass of wine (and said cheese) in the evening—it also includes helping milk the cows twice a day, maintaining the farm and spending hours of labor-intensive work turning milk into cheese. 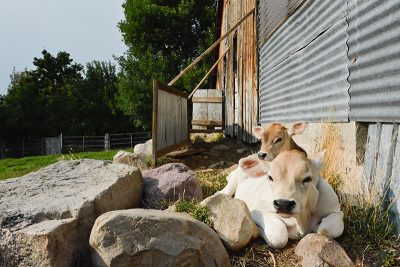 “Artisanal cheesemaking” means making the cheese by hand, and “farmstead” means the whole operation is in one location: The animals, milking parlor and creamery are all on the same property. While some cheeses take less work to create, the ones made at Rockhill Creamery are all raw, and it can take hours just to turn 100 gallons of milk into 100 pounds of cheese. One of their cheeses, the Wasatch Gruyere, takes hours of careful curd heating and stirring by hand. Their Farmhouse Gouda requires a warm water “washing” of the curd to remove residual lactose, which would develop into lactic acid during the aging process, in order to promote the sweeter flavor found in that style of cheese. In addition to learning how to make nine to 10 different cheese styles, the apprenticeship also teaches participants how to handle raw milk. Using raw milk is a heavily monitored process, which is why most cheesemakers choose to use pasteurized milk. Careful screening of each day’s milking is followed by multiple tests to ensure its safety for consumption. Per the USDA, no raw milk cheese younger than 60 days is allowed to be sold, so Rockhill’s cheeses are all at least three months old. The raw milk lends broader flavor development in the cheese. Keep your eyes out for any of their reserve cheeses, which can sometimes be as old as two years—they are exceptional, and their superior milk quality truly shines.

In addition to making cheese year-round, Schropp and Hines host a local farmers market on their farm and have seasonal dinner events that are catered by local chefs and restaurants. Presently, their cheeses can be found at Liberty Heights Fresh and some Harmons grocery locations.

Sitting in the shade in the late afternoon, Hines smiles. “Pete has a saying,” she says. “‘We don’t make a good living, but we have a good lifestyle.’” There are many ways to live a rewarding life.