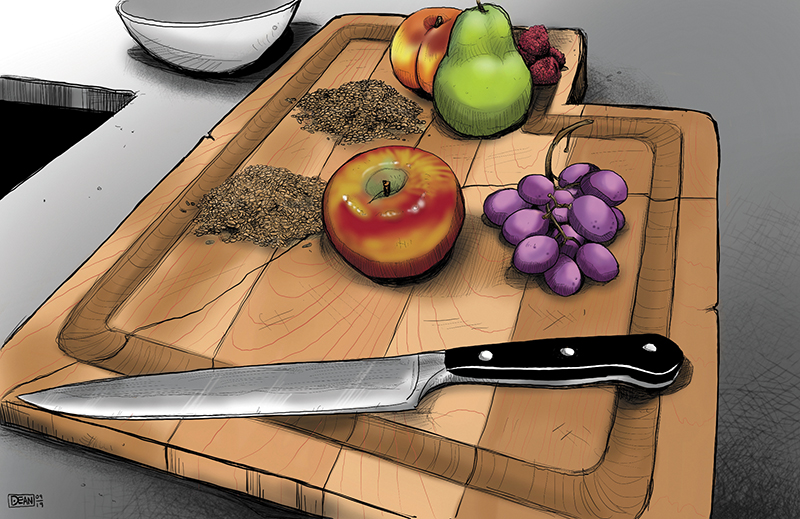 The Booze Bounty of Utah: A Historical Case for a Local-Ingredients Identity in Utah Spirits

Imagine that you’re a miner at the turn of the 20th century. You wander to downtown Salt Lake City. Commercial Street crackles with Chinese and Greek merchants, street vendors and brothels, many mere yards away from Latter-day Saint property. Bars and pool halls flank Temple Square on every side, save the north.

You might walk into the Fallstaff Bar or Stewart & Osbourne Saloon. For a game of chance, the Zang Card Room is nearby. Once bellied up, you might order a Mt. Nebo Whiskey straight or a Frank Hollywood whiskey with water. If you felt fancy (and if the bar had ice), an old fashioned made with Old Caribou, Cabinet or John C. Fremont whiskey—or a square portion of  Rosebud Rock & Rye, with rose-flavored crystal-rock candy right in the bottle—might do the trick.

This was what I consider the “golden era” of commercial booze in Utah. Dozens of producers made hundreds of products. The majority of those producers would be known today as rectifiers and blenders, receiving wholesale barrels of spirit from Kentucky, France or another major production area, then blending, diluting and bottling to their specifications.

In the pioneer era, before the rail revolution, none of that was possible. Ingredients from far away were prohibitively expensive. Sugar was such a rare and pricey commodity that the locals tried and failed multiple times to synthesize sugar from beets. Luckily, these intrepid pioneers had endless bumper crops of sugar available in the form of fruit. Almost every settlement in Utah was built around orchards. Grains and sorghum thrived as well.

Sorghum might have formed the base for the legendary Valley Tan whiskey noted by Mark Twain in Roughing It. The true recipe is unknown and probably changed over time, but was described by Sir Richard Burton, the great explorer of Kamasutra fame, in his City of the Saints as “better than the alcohol one part and water one part, coloured with burnt sugar and flavoured with green tea, which is sold under the name of cognac.” A craftsman named Esias Edwards, whose sorghum mill gave Millville its name, had a distillery attached to it that was said to have made the stuff. If true, Valley Tan, memorialized today as a whiskey made by High West, might more accurately be called a type of sorghum rum!

The Utah Territory had many working distilleries. An edition of The Salt Lake Tribune from 1908 noted a tax transcript for the Utah Territory as showing 36 taxpaying distilleries in operation between 1862 and 1868 (many dozens more of the non-taxpaying variety were probably in operation). The article proclaimed that “it is known that in most of the settlements, a distillery was among the first public or manufacturing establishments to be put in, often preceding the meeting houses.” We have reason to give credence to this statement.

Moreover, fruit trees and vines thrived in most of the Mormon settlements, but some became known for a specific fruit. In Southern Utah, the Saints made the desert “blossom as a rose” with grape vines. Box Elder County is still famous for its peaches and apricots. Places like Hanksville, Fruita, Glendale and Tropic became well known for their apples and pears, Bear Lake for its berries. This bounty created dilemmas, however. Choice product such as fruit was volatile and prone to rot. Lacking refrigeration, preservation had to be achieved through drying, canning, fermenting or distillation.

Humans have always loved making and drinking booze. So did the faithful, but the products from these early distilleries are shrouded in mystery. There was a small market for it—mostly trappers, traders and prospectors rolling through—but much of it was traded in kind or consumed by the Saints themselves. Little of it was labeled and put in bottles, leaving scarce evidence behind other than paper clippings, journal entries and accounting records. However, we know there was plenty of fruit, so brandy was probably a staple. Whiskey was more rare, perhaps owing to grain’s value as a vital food staple. Sorghum was widely used as a sugar substitute from Logan to St. George.

The Word of Wisdom, a polite suggestion up to that point, may well have become a commandment in 1921 because the faithful had been drinking too much. Years earlier, Brigham Young Wrote to Hugh Moon (whose name now adorns an unaged whiskey by Dented Brick Distillery): “We have seen as much drunkenness about our streets as we care about seeing, and they all acknowledge that they get their liquor at ‘Moons still.’” Young would later commandeer and operate Moon’s distillery, laying bare to the reader of the built-in contradictions about alcohol in Utah—and the state’s relationship to its production and sale—that survive to this day.

After the repeal of Prohibition, it took over 70 years for another distillery to emerge in Utah. Today, there are 19 spirits producers in Utah, with more on the way. They are a diverse group of rectifiers, blenders, bottlers and distillers (sometimes all three at once). My partners and I open our own distillery next year, Congregation Spirits. For our brandy, whiskey and gin, we aim to leverage the very things the early pioneers did: our local agricultural bounty: apples from Hanksville, grapes from Moab, pears and peaches from Davis County, berries from Cache County, and malt from Tremonton and Delta.

Many local producers are also honing their products from the same ingredients as the pioneers did. Herein, we have an opportunity to harness Utah’s agricultural history and to shape Utah’s identity and distinctive place in America’s exploding craft-distilling industry. Who knows—maybe we are entering the real “golden era” of booze in Utah!

The Distillery, The Witch and the Cocktail: Having a Drink with Sean Neves
A Priest, a Minister and a Rabbi Walk into a Bar: Congregation Spirits