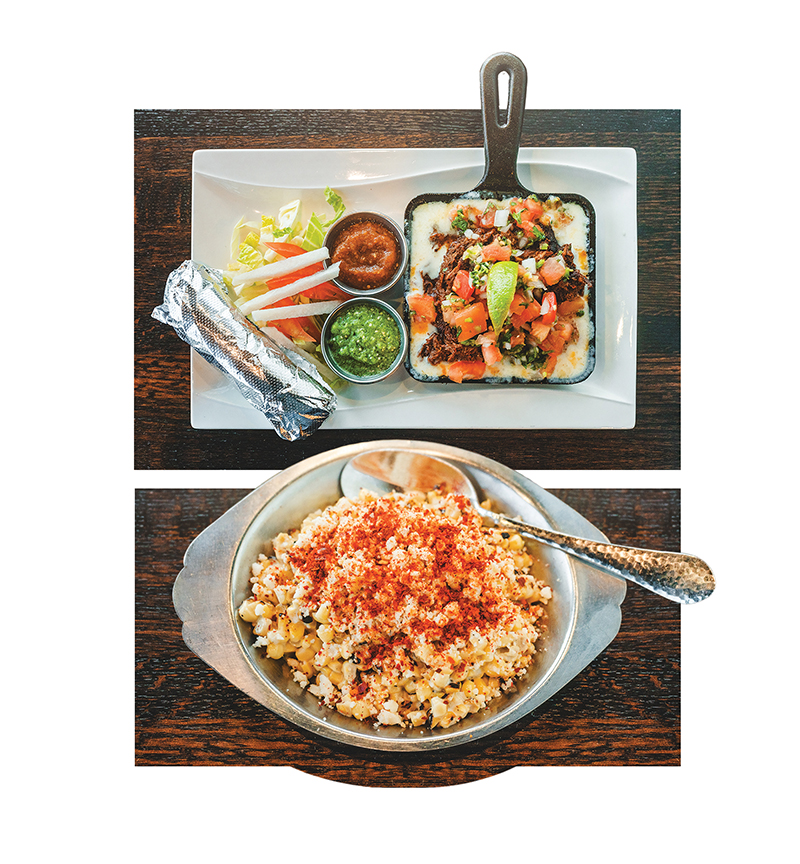 One of the great things about Salt Lake City is that we’re not hurting for quality Mexican food. We are blessed in this way. Old haunts like Red Iguana and La Frontera have peppered our streets for decades. We have everything from inexpensive taco carts to upscale bistros in converted warehouse spaces—and everything in between. We need not look far in our quest for decent tacos, and for this, I am grateful. One downside to our abundance of Mexican cuisine, though, is that top-tier restaurants can exist for years before some of us get around to visiting them. Such was the case for me and Alamexo. It took the restaurant winning a top award from Salt Lake Magazine three times since it opened in 2014 for Alamexo finally to make it onto my radar. Having had the chance to explore their menu a bit, I think I understand what the hype is all about.

The dining room at Alamexo feels both intimate and expansive. A right turn at the bar leads into an open, low-lit space bordered on two sides by large windows showcasing Downtown. The first thing that I noticed was a number of servers mixing fresh guacamole, tableside. I had to get in on this, and straightway put in an order for the Guacamole Clásico Alamexo ($12.95). The server brought out a bowl of house-made tortilla chips with a smoky, medium-spice salsa. He then started to assemble the guacamole in a lava-rock mixing bowl called a molcajete. He used the stone paddle to lightly bruise some cilantro and diced onions, added some seasoning and chopped tomatoes, and mixed in large chunks of avocado. You’re able to adjust ingredients to your liking, and the end result is a smooth, fresh bowl of custom, savory goodness. It serves two or three people as is, though a double batch can be made for a nominal upcharge. Their second dip, the Guacamole Verde Con Carnitas ($13.95), adds some salsa verde to the mix, and is topped with crispy pork carnitas. They both are incredible, and either one would be a great way to start your meal.

Wanting to sample more from the appetizer menu, we ordered the Quesadilla Grande ($12). It consists of two large, hand-stretched flour tortillas filled with queso Chihuahua and strips of mild poblano peppers. It is also served with sour cream and two different salsas. Guests can add shredded short rib barbacoa, crispy duck, carnitas or shredded chicken for $4 more. It also doubles as a good meal option for children or those not wanting to stray too far from the familiar.

As Alamexo’s restaurant concept isn’t specific to one region of Mexico, they are able to paint a broad stroke with their selection of entrées. They offer four kinds of enchiladas, made with white corn tortillas and served family-style with a side of rice and beans. We selected the Enchiladas Suizas ($21.95), made with roasted, shredded chicken, baked in a tomatillo cream salsa and topped with melted cheese, cilantro and sliced white onion. The shredded chicken was tender and flavorful, and held its own against the mild tomatillo cream sauce. It was certainly a sumptuous choice, and a good option for those who like their Mexican food less spicy.

Our final entrée selection came from the flame-broiled taco menu. The Tacos Barbacoa con tres chiles ($21.95) are made with spicy short-rib barbacoa, served in a hot cast-iron skillet on a layer of melted queso Oaxaca. The tacos are meant to be assembled at the table, and come with a half-dozen tortillas, three salsas, shredded lettuce, cabbage, tomatoes, jicama and fresh lime. They are ridiculously flavorful and easily shareable.

My favorite unexpected menu item was the Elotes de la Calle ($5.50). I’ve always loved the flavor of traditional street corn, but I hate the whole corn-on-the-cob eating experience. The elotes at Alamexo are served esquites-style—off the cob—mixed with lime aioli and topped with queso fresco and ground chiles. The fresh, charred corn added a sweet, crisp burst to the whole meal. It also didn’t end with messy hands and the  immediate need to floss. It was, honestly, my favorite part of the evening.

I need to revisit Alamexo. I’ve barely scratched the surface of the food menu. There’s also an entire drink-and-cocktail menu that I have yet to explore—but I’ll get there. In a restaurant landscape littered with assembly-line burritos swimming in enchilada sauce, a place that focuses on authentic, multi-regional Mexican food will always be worthy of multiple visits.