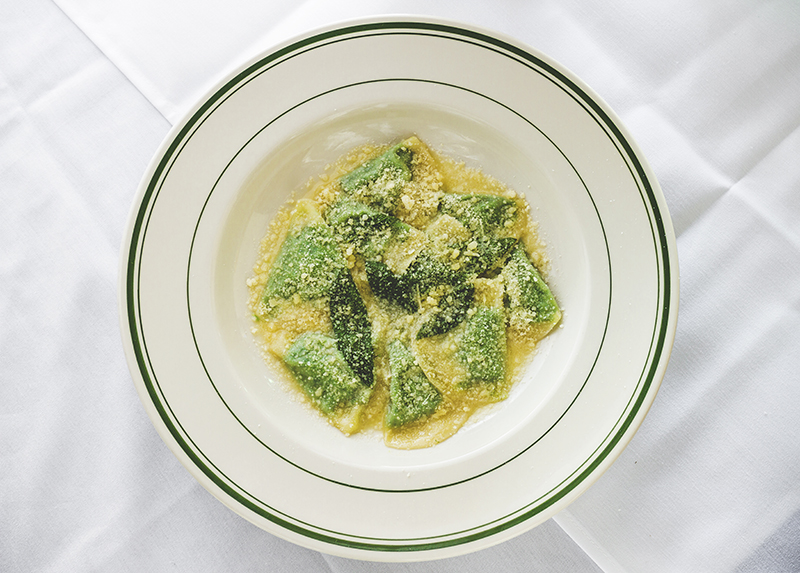 Celeste Ristorante took the scenic route on its way to opening in an otherwise unremarkable strip mall in Murray, Utah. Tuscan-born chef Paolo Celeste originally moved to Salt Lake City in 1995, from the town of Versilia near the northwestern Italian city of Pisa. Upon his arrival, he immediately opened a restaurant in Sugar House with a childhood friend. A decade later, the pair sold the restaurant, and Celeste returned to his native Versilia for a time. He later moved to Los Angeles to work for the Ago Grand company and helped the food-service-savvy Vietina family open restaurants in San Pedro, New York and San Diego. Celeste returned to Utah earlier this year and opened the new Celeste Ristorante, bringing authentic Italian food to a centrally located point in the Salt Lake Valley.

Celeste Ristorante is only open a few hours each evening, Tuesday through Saturday. Suspecting that the restaurant could fill up on the weekends, my wife and I decided to visit midweek. There were only a few of us in the spacious dining room during our visit, which allowed the staff to be extra attentive—though I don’t think they would have been any less welcoming on a busier evening. Of the three or four occupied tables around us, it seemed like we were the only ones not conversing in Italian. This was an early indication that we were in for a joyous meal.

We started with selections from the salad and antipasti menus. We ordered the Insalata Contadina ($9 or $4 for a half portion), an arugula, radicchio and shaved fennel salad. It was topped with generous crumbs of gorgonzola cheese and finished with an extra virgin olive oil and balsamic vinegar dressing. At the same time, they brought out the Carpaccio di Manzo ($12), a plate of thinly sliced, seared top sirloin that is chilled and served with a salad made from sliced baby artichokes and watercress. The greens were layered with sheets of parmesan cheese and seasoned with an olive oil and lemon dressing. It is dangerous to start with food this good, because it sets the bar high. The salad balanced the trio of greens nicely with the creamy and mild gorgonzola. The carpaccio was also delightful, harmonizing the rich slices of beef with the bold hunks of cheese and fresh vegetables. We were already impressed, and this was only the beginning.

We chose our main courses so we could sample items from both the pasta and meat sections of the menu. First up was the Ravioli Incavolati ($18), a plate of homemade ravioli filled with ricotta cheese and seasoned kale, served in a butter sage sauce and completed with shaved parmesan cheese. For a seemingly simple dish, the flavors were incredibly complex. The rich sauce expertly complemented the delicate pasta. Others in the dining room spoke highly of the Fettuccine Bolognese ($18), a plate of egg fettuccine served with a classic meat bolognese sauce and parmesan. If it’s anywhere near as good as the ravioli, I’m sure it would also be a great choice. 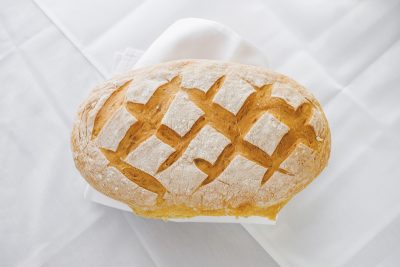 Our second entrée was the Petto di Pollo alla Valdostana ($22), a lightly breaded and sautéed chicken breast topped with thin-sliced Italian ham and fontina cheese in a white wine sauce. This unassuming chicken dish was served with a plentiful portion of roasted rosemary potatoes and carrots. There’s something elementally satisfying about a dish this simple. A few bites in, and the complexity of the dish really shines through. Tender and succulent chicken, paired with savory ham and rich cheese, has never tasted better. The potatoes were creamy and flavorful, and rounded things out nicely. It was hard leaving room for dessert.

Celeste’s desserts vary by the day and are all priced at $8 dollars. Of the many selections available during our visit, we went with a dish of Panna Cotta and a slice of Torta della Nonna. The Panna Cotta consisted of the traditional sweetened Italian custard served with either chocolate or strawberry sauce. It was silky and creamy on its own, and it honestly didn’t need either of the flavored sauces. The Torta was a true gem. This slice of pie was made with a sweetened, cream-filled pastry crust and topped with toasted pine nuts and powdered sugar. As was the case with most of the menu, it was elegant, simple and expertly constructed—the perfect way to end the meal.

I look forward to many return visits to Celeste Ristorante. There is so much more that I am eager to try, from the housemade salads and antipasti to the myriad pasta combinations and the selections of fish, beef and even wild boar. It should be noted that diners are also able to complete their meals with selections from the restaurant’s full beer and wine list and with a post-meal espresso or cappuccino. There is nothing not to like about Celeste Ristorante. If you’re looking for an authentic Italian dining experience, there is no reason to look any further. This is the place.