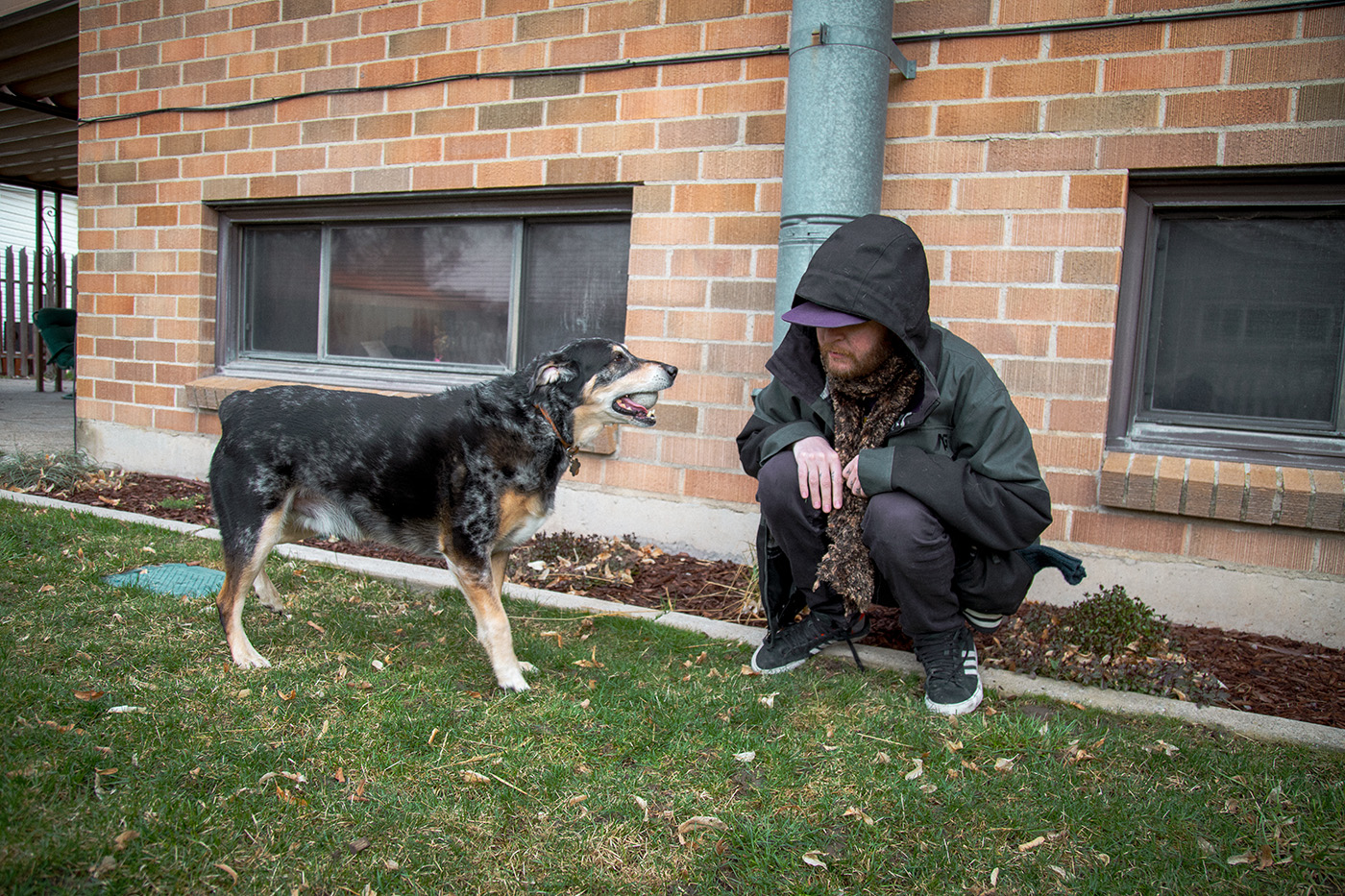 My dog, Ender, is a good boy. Well, he’s not really my dog—he’s my roommate’s dog, but I have to look after him a bunch. Like I said, he technically belongs to my roommate, who is also a good boy and one of my best buddies. He would travel for work a bunch and would need someone to watch over Ender, which would be me. I’m basically the bad uncle of pet-sitting, but I can get the job done.

Animals love me—probably because of how much I hate people. I think most animals of every species can sense that. But yeah, I’m the pet-sitter that turned into a roommate basically because I found out how much Ender likes beer. This dog likes beer a lot. Why? Probably because he’s a good boy.

Ender’s one of the best dogs you could ever meet. Aside from being man’s best friend and a great drinking buddy, Ender is possibly one of the most stereotypical dogs you will ever meet, which isn’t a bad thing. He’s bigger—like, real-dog size—around 80 pounds or so.

“Ender’s one of the best dogs you could ever meet.”

But when I mean stereotypical, I mean shit like he barks at the doorbell, then when someone comes in, they are his best friend. He hates the mailman. He always acts tough and knows when I’m sad, but he’s still afraid of fireworks and thunder. Oh, and he loves balls—like, a lot.

Ender likes balls so much I can’t even say that word casually around him without him getting riled up. Like if I just say the world “ball,” Ender goes into a frenzy. A tennis ball is no match for Ender. It will get annihilated in one fell swoop. We have these super-duper rubber balls that are damn-near impossible to chew through.

But yeah, Ender likes balls so much that I can’t take him to a regular dog park. He’ll steal all the other balls from all the other dogs and make me look like a shitty dog-dad.

Other than that, he’s well-behaved. He knows, like, five tricks, I think. He can sit, stay, shake, other paw, play dead and do the nose trick. The nose trick seems kinda cruel and masochistic. Basically, you put some food on Ender’s nose and make him just stay there with it balanced until you tell him to munch it.

“A tennis ball is no match for Ender.”

That said, Ender is extremely food-motivated. I taught him how to play dead, and it only took half a pizza. He will literally eat anything. I’m pretty sure he ate my barf one night without any hesitation, but don’t tell my roommate that. (I barfed on our patio. I didn’t even have to ask Ender to clean it up—he just went over and licked my puke pile like I was giving him a dog biscuit. Good boy!)

I have few complaints about Ender, as he is an amazing companion and pet. Although, he does poop a lot. We all have our flaws. But seriously, I try to take him to the park—not the dog park, but the big-ass park by my house—to let him run around and chase his own balls with very few other dogs around. And he will seriously poop, like, five times.

I have no idea how he hoards all this poop and decides that he needs to drop it all in one place. But seeing as how I’m a shit bag, I’ll always have shit bags on me to clean up after him because that’s what good boys do.

Aside from that, he’s almost perfect. I let Ender raise my cat, Princess Ramona, who doesn’t shit as much as he does. But Ender has turned out to be a great cat-dad—patient but stern. Aside from eating Princess Ramona’s cat food at times when I wasn’t looking, he’s done a good job. That’s all because Ender is a good boy!