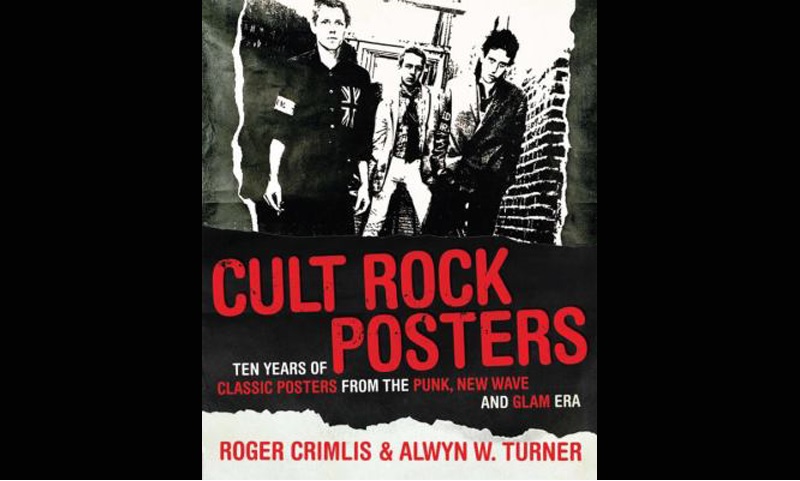 Self-appointed Knight of Glam, Bryan Ferry, once said, “Something not only has to sound good, but also has to feel good and look good.” This is indeed true of most musical fads, but particularly anyone involved in the glam, punk and new-wave movements. This book is a collection of posters, album art and hand-printed fliers that celebrates the decade between 1972 to 1982, a time when the clothes often overshadowed musical talent and defined sonic preferences. Not simply eye candy, the authors spend considerable effort on the philosophy of music-making during this time, relating economical and cultural influence to the evolution of “the look” of bands in the genres as well as to the artists who designed the posters. Pioneers, trendsetters and lesser known acts (i.e. The Adverts, The Only Ones) as well as their successive benefactors are interestingly compared and contrasted. American versus UK punk and the media’s thoughts on the players in the game are discussed at great length. Chapter four focuses on “Identity,” quoting several artists who perpetrate the idea that early punk was really about being a rock star, not a political herald (paraphrasing Adam Ant: “The wardrobe may have changed, but the desire to dress-up was every bit as pronounced/the first wave of British punks was just as dedicated to the notion of stardom as (Marc) Bolan had ever been”). However, the book is also serious eye-candy, offering all the famous Iggy Pop and Bowie ch-ch-changes, classic DIY handbills from early PIL, The Damned and Siouxsie and the Banshees (et cetera!!) gigs and staged walls of what appears to be the bedroom of a teenage fan who, in each successive chapter, tears down and tacks up new artist memorabilia as his tastes evolve. As learned as it is beautiful, this tome is a solid document of the era – Dave Madden