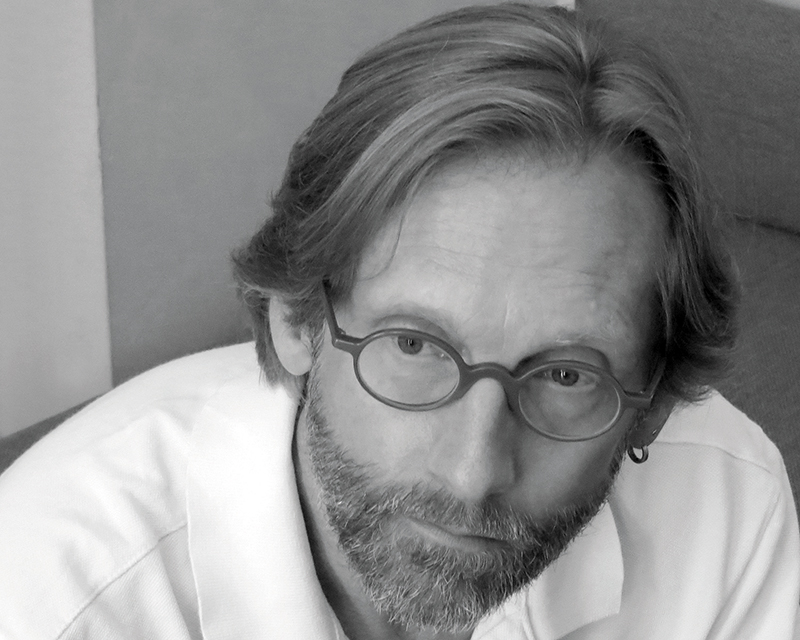 Lance Olsen and Gabriel Tallent are each authors who reside in Utah. The following reviews are of novels they published this year. You can find more information about them and their books at lanceolsen.com and gabrieltallent.com, respectively.

Read on for SLUG‘s review of Dreamlives of Debris and interview with author Lance Olsen.

Dreamlives of Debris is a highly experimental retelling of Theseus and the Minotaur. I must admit that, while I know the major players of Greek mythology (Zeus and what have you), I am by no means a scholar and would not be able to recount the aforementioned myth from memory. Whenever I come across a book like Dreamlives of Debris, I will, at some point, ask myself, “Should I sonread the source text first or after?” It’s like finding a new band that’s done a cover album of Dark Side of the Moon. Should one return to the Pink Floyd album, or would the work be better suited to be experienced on its own face value, because that ought to be the goal of the artist in question? In Dreamlives, on the one hand, I figured that the myth it is based on would inform my reading of the piece greatly. This might seem like a good thing, knowing more about the work going in. But on the other hand, I was thinking, if I do read the myth, I may know the ending before the characters do.

With Dreamlives, however, I don’t believe that it matters. The book is all over the place with its narrative, from the Minotaur having been reimagined as a horrific little girl named Debris to cameos from Edward Snowden, Da Vinci and Aquinas. The retelling of a new story in the framework of the Minotaur myth is not the only thing author Lance Olsen set out to do with this work. It is partly an engaging structure to carry us along the plot, but it is also a brooding and creepy backdrop in which Olsen pursues other ideas. I believe that he is successful in this endeavor, even considering just how strange the book reads. I do not mean that to be negative, by the way. I love experimental fiction and applaud whenever I get through an entire book of it. When going into this novel, you would be remiss to expect a Dan Brown–adventure narrative structure or a brooding tale à la Hemingway where the devil is in the dialogue. Think more in the vein of a Danielewski’s House of Leaves– or The Familiar–type work, though, with vastly fewer on-the-page printing experiments. In Dreamlives, we’re thrown from country to country, time period to time period, reeling at the profound description, confusing framework and one’s own aching heart for this little monster named Debris.

It is torturous in a positive way. Be prepared for being a fish out of water and reading most of the pages more than once to extract all the meaning from each word, as they all have a crucial role within the work. It asks things of us that I would not suspect from a novel, and I will not go into too much detail beyond what has been described. Part of the fun is diving into something and thrashing about until you find your sea legs. It will teach you how to read it—I can assure the potential readers of that—but you may wish to ask yourself that question that started this review. Now that I have read it twice, I can say that reading the myth beforehand would have been a good move for me, considering that I was reading for review and not for pure fun, but that is the beauty of it: It is up to you.

SLUG: Who was the first person you told you wanted to be a writer, and how did they react?
Lance Olsen: I was the first, and, frankly, I didn’t believe myself. I struck me as a little scruffy and sketchy. I was maybe 16, and had just been introduced to Kafka’s and Poe’s astonishing short stories in high school. How hard could it possibly be, myself asked myself, to write one of those things? It’s taken me and me the better part of 40 years to find out. Every day.

SLUG: Where do you see the art of the novel going, if anywhere? Is it changing?
Olsen: The novel is going everywhere, changing all the time. That’s what I love about it as a form. As opposed, say, to a sonnet or a villanelle or a pop song, it’s never figured out what it is, what it wants to be when it grows up. The novel is always interested in exploring what it can do, wondering what else it could become. Back in the ’60s, ’70s, ’80s and even ’90s, there was lots of talk about the novel being a dead genre. Just the opposite has proved the case. Theory is good, in other words, but doesn’t stop things from happening. More novels—and more novels innovating in myriad crazy-interesting ways—are being written and published now than ever before.

SLUG: Is there a responsibility for writers to embody a political standpoint in their writing?
Olsen: My sense is that all writing is political, particularly that which alleges it isn’t. I’m especially drawn to writing and reading that works against simplicity, that renews what I think of as the Difficult Imagination—that dense cognitive space in which we are asked continuously to envision the text of the text, the text of our lives, and the text of the world other than they are, and thus contemplate the idea of fundamental change in all three. Writing is never simply an aesthetic undertaking, but an always-already political one.

Another way of thinking about this: One difference between art and entertainment has to do with the speed of perception. Art deliberately slows and complicates reading, hearing and/or viewing so we are challenged to re-think and re-feel structure and experience. Entertainment deliberately accelerates and simplifies them so we don’t have to think about or feel very much of anything at all except a certain adrenaline rush before the spectacle. There will always be novels that do both these things to one degree or another. Both gestures are deeply political.

All around us we hear certain narratives and narrative forms repeated over and over again—so much so, in fact, they begin to sound like the truth, look like the only alternatives on the block, even though, of course, they’re not: They’re just a few ways of arranging and contemplating the world among countless others. I’ve always been drawn to writing that challenges those received narratives and their assumptions about existence, structure—about, in other words, how life flies at us.

Ronald Sukenick, a sorely under-appreciated experimental writer, once put it this way: “If you don’t use your imagination, someone else will use it for you.”

SLUG: Experimental structure is somewhat of a calling card for this novel. What convinced you that this structure was the best way to tell Dreamlives of Debris’ story?
Olsen: The labyrinth is the central structure, the central metaphor, at work in Dreamlives, which retells the minotaur myth by gendering it: My minotaur isn’t a monster with the head of a bull and body of a man, but rather a little deformed girl tucked away below Knossos by her parents—the embodiment of that which society feels it must repress or expel in order to remain whole and functioning.

Yet the labyrinth at play in Dreamlives is a special sort: an impossible liquid architecture that bears no center and hence no discernable perimeter. In our post-facts contemporary, one could argue it’s become liquid labyrinth all the way down. I imagine the labyrinth, therefore, not only as a structure, but also as a method of knowing, a way of being, an extended and dense metaphor for our current sense of presentness—the impression, for instance, that we are always awash in massive, contradictory, networked, centerless data fields that may lead everywhere and nowhere at once.

SLUG: I’ve read the retelling of myths, but never like this. How did this vehicle of storytelling serve your goals with the piece?
Olsen: For the last decade or so I’ve been as much committed to building novels as writing them. So I laid out Dreamlives myself in InDesign. Every page is a perfect square that represents a different textual room in Debris’—my protagonist’s—liquid labyrinth. And each arrives without a page number, so for the reader it’s easy to become disoriented, lost, in a way that rhymes with Debris’ situation. Because Dreamlives arrives with no conventional location markers, the reader may feel not only more or less adrift, but also a little freer to jump around, begin to think of reading as a kind of choreography, taking various paths as the mood strikes, for as long as the mood strikes, and then perhaps wandering off in a different direction.

The idea of waking up and writing the same way I did yesterday is terrifying to me. How could one possibly learn more about oneself and the world by repeating who one is and how one narrativizes? Collage provides a form that allows me to think and feel about the text I’m working on a little differently every 20 minutes. It allows my readers and me to feel like we’ll never quite reach the first page.